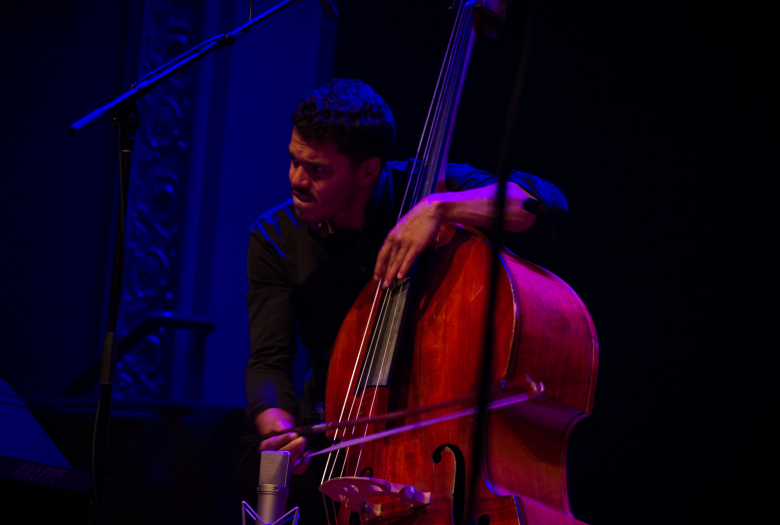 POSTPONED DUE TO INCLEMENT WEATHER!! Stay tuned for a new date!

Please join us for a performance by the Brandon Lopez Trio, featuring saxophonist Steve Baczkowski and drummer Gerald Cleaver.

Brandon Lopez is a bassist and composer working in the field of far-left musics, with a primary focus on improvisation. Since relocating to New York City not long ago, the Passaic, New Jersey native has become one of the most in-demand players of his generation, sharing the stage with such avant-garde visionaries as William Parker, Nate Wooley, Ingrid Laubrock, and the Sun Ra Arkestra. Lopez performs regularly with Amirtha Kidambi’s Elder Ones and the Weasel Walter Large Ensemble, along with groups led by Peter Evans, Tyshawn Sorey, and Joe Morris. He was the 2018 Artist-in-Residence at Issue Project Room and the Van Lier Fellow at Roulette Intermedium.

POSTPONED DUE TO INCLEMENT WEATHER!! Stay tuned for a new date!