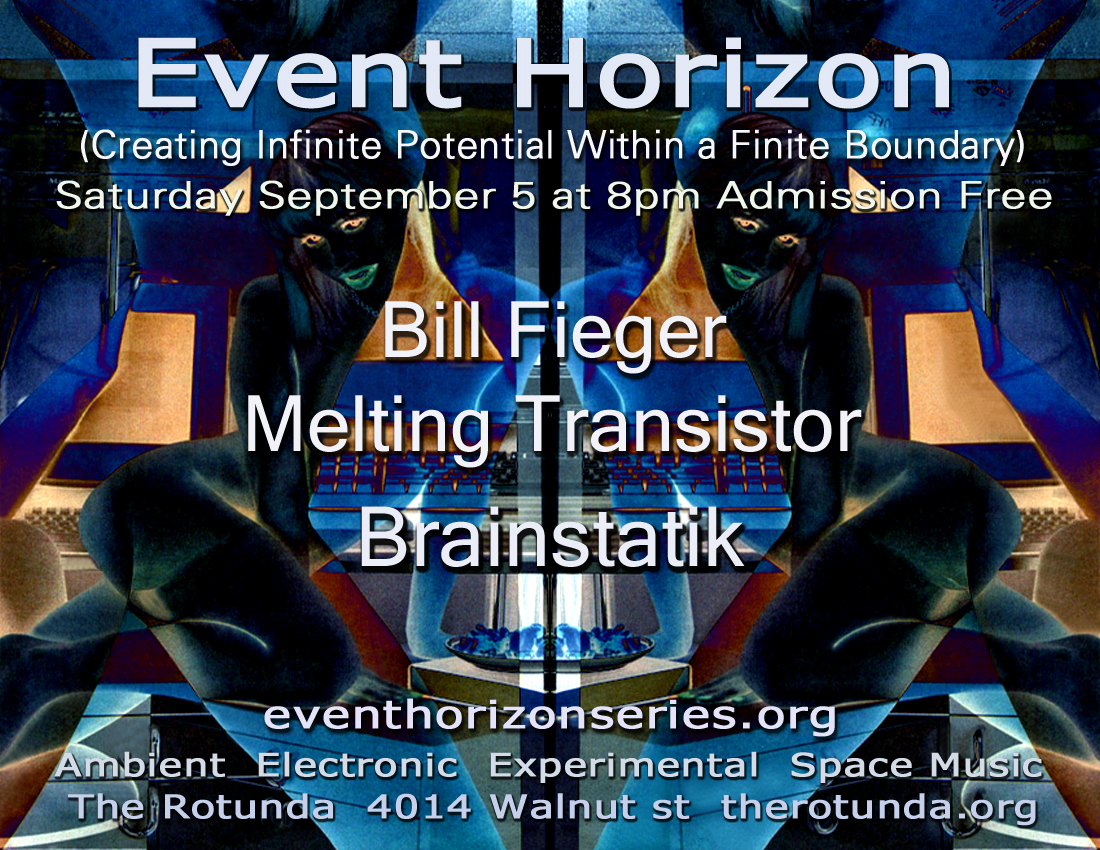 Bill Fieger - Instrument maker and avant-garde musician Bill Fieger has been making music for a long time. Many will recognize him as the force behind the duo Stares to Nowhere, Oblivious Solitude and Mayakara. He moved to primarily acoustic instruments a few years back and has been creating mysterious sounding tonalities on his custom created and modified traditional instruments. Bill will be joined on stage by two guest musicians, John Whitney and Mike Hunter (aka Ombient)

Brainstatik - New Jersey-based Brainstatik is best known for our mostly-improvised live concerts, where they perform long-form jams combining ambient, world, progressive rock, and space music, liberally shifting and mixing genres within each piece.  Every song is a spontaneous exploration of diverse musical themes, with little thought or planning beforehand, so Brainstatik always sounds completely different each time we play.  Brainstatik has been together for 20 years and performs smaller shows in galleries as a duo or trio, or in larger concerts with the current full lineup of four members. Everyone in Brainstatik is a certified electronic gear junkie, each choosing from a huge sonic palette from which to make sounds.  Armed with this complex musical toybox, guitars can sound like drums, keyboards can make guitar sounds, and drums can play keyboards, which often can confound audience members (and sound engineers) who can't quite tell who's playing what part.  Brainstatik's current lineup of multi-instrumentalists includes founding member Ken Palmer, along with Mike Hunter,  Glenn Robitaille, Jim Silvestri and Harrison Mckay. The music heard at their shows is always organic, with each piece constantly evolving and morphing into something new. Brainstatik can sound ethereal and quiet, complex and orchestral, or experimental and edgy. The resulting performances often sound rehearsed and composed. The risk of a creative "train wreck" is always there, but the members of Brainstatik thrive on taking our music right to the edge every time we perform.