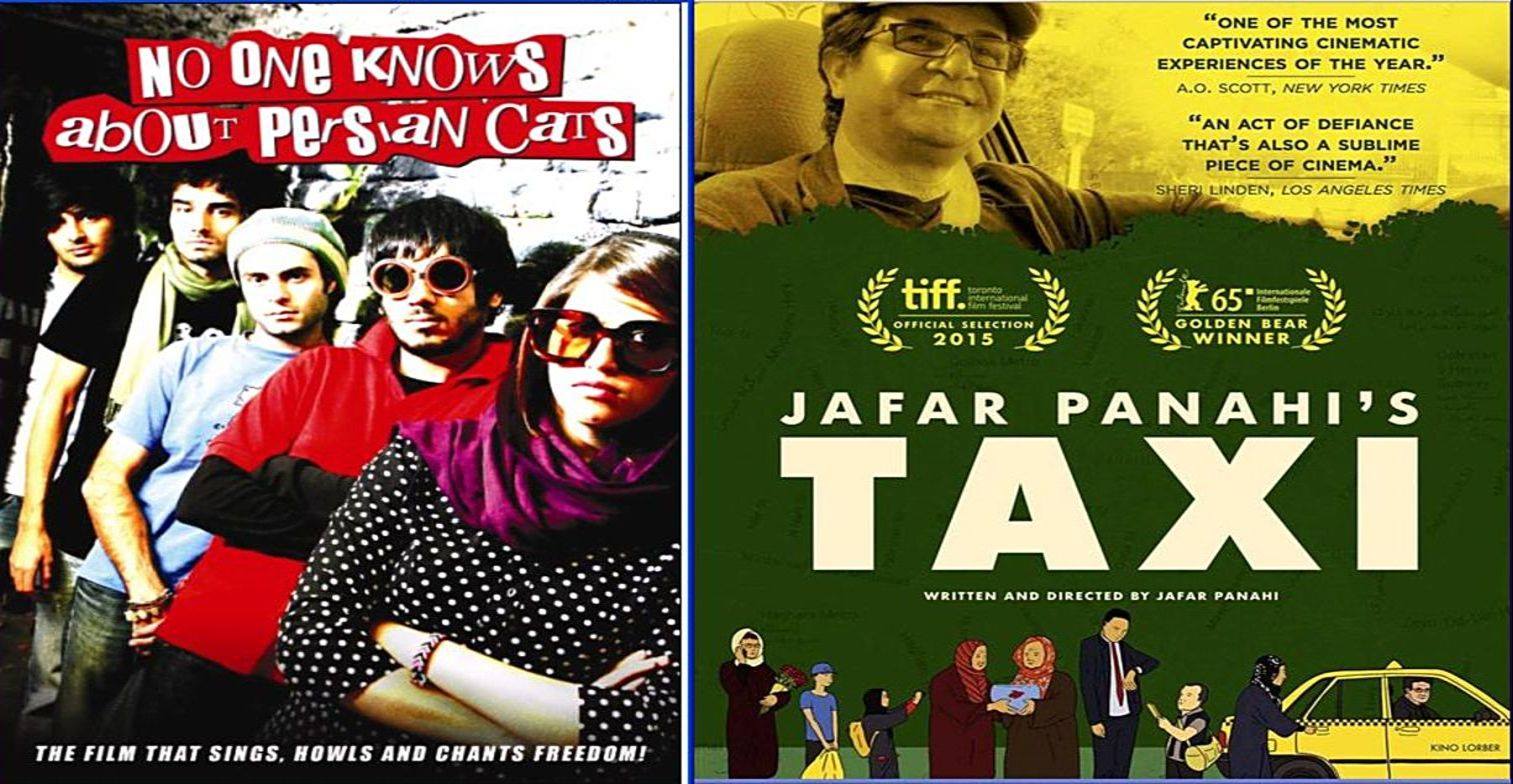 Iran's “New Wave” filmmaking movement began in 1964 and has including generational second and third “waves” of intellectually rich and internationally award-winning cinema. This pair of docu-fiction features offer a fascinating look at the state of modern Iran and its people. NO ONE KNOWS ABOUT PERSIAN CATS follows a pair of dream pop musicians as they seek to put together a band from Iran's underground music scene. TAXI shows Iran's banned filmmaker Panahi as he seemingly creates a film out of nothing while conversing with passengers in his Tehran taxi.

“TAXI is not an act of sadness but of joy-and not the joy of a good meal or getting a deal on an automobile. This is a humanist's joy.”
- Charles Mudede (The Stranger, Seattle)

(re: NO ONE KNOWS ABOUT PERSIAN CATS ) “Stubborn, high-spirited and carefully calculated rebellion is Mr. Ghobadi's subject, and also the prevailing ethic of his film.”
- A.O. Scott, The New York Times