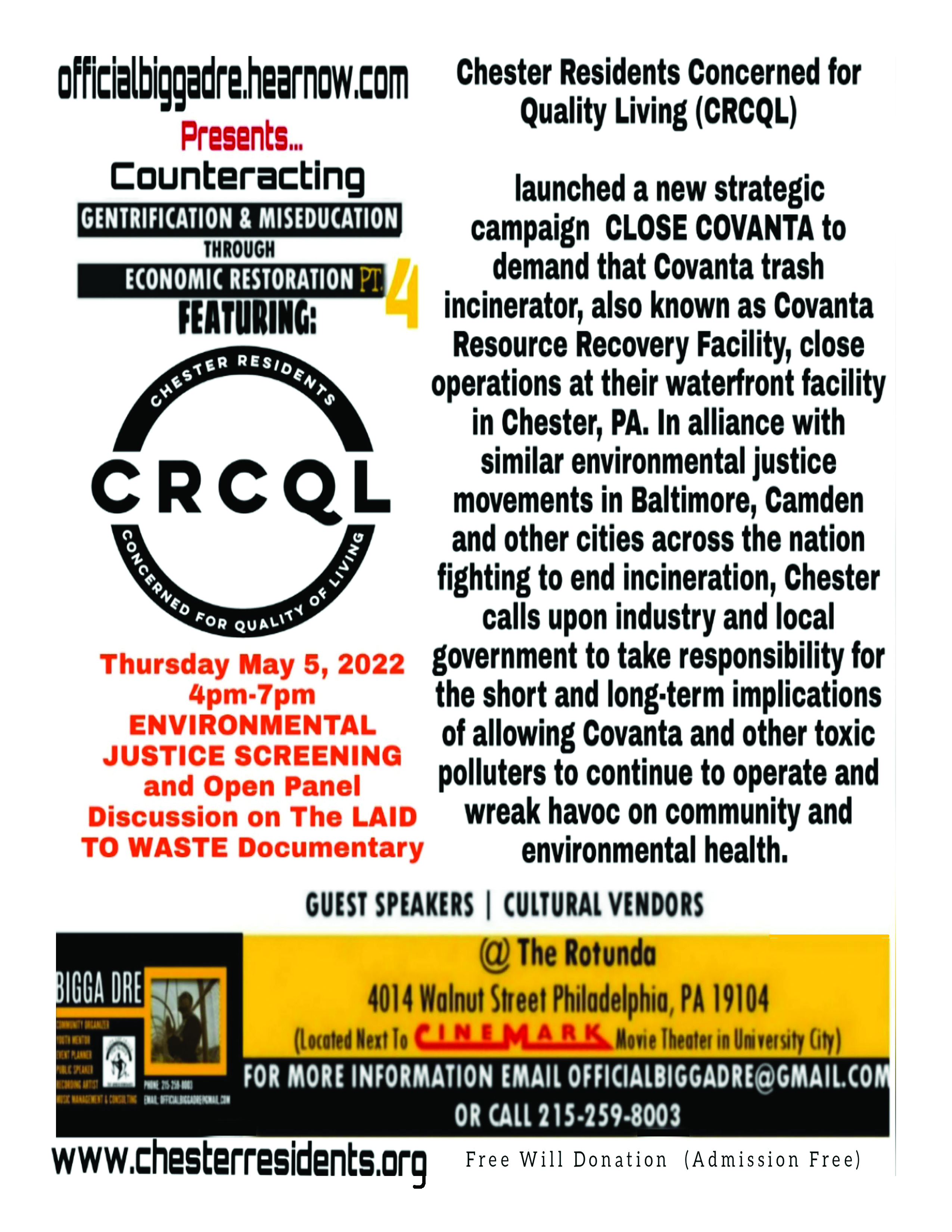 For 23 years now, Chester has been home to the nation's largest trash-burning plant owned by Covanta ! LEARN MORE www.chesterresidents.org

For 23 years now, Chester has been home to the nation's largest trash-burning plant at Front and Highland, now owned by Covanta. This incinerator has the fewest pollution controls installed of any of the six in the state, or in Covanta's fleet of 39 incinerators.

Claiming it'll cost too much, Covanta's incinerator lacks the pollution controls they use elsewhere to remove the nitrogen oxides (NOx) that cause asthma. Chester's rate of child hospitalization due to asthma is more than three times the state average, in large part because Covanta is one of the worst NOx polluters in all of eastern Pennsylvania. Covanta is also one of the worst polluters in the region for mercury, lead, dioxins and other toxins that contribute to cancers, birth defects, learning disabilities and more.

It's unacceptable to help this polluter in our community stay open for another three decades, as other major polluters are shutting down, including coal power plants (like the coal burning in Eddystone) and waste incinerators.

Only 1.5% of the waste Covanta burns in Chester is from Chester. Covanta thrives on making Chester the burning ground for waste from Delaware County, Philadelphia, New York, New Jersey and many other states. Currently, they aim to bring in trash trains from New York City, to increase the amount burned from New York from a current rate of 200,000 tons/year to at least 500,000 tons/year -- for the next 30 years. This plan is outlined on page 144 of a 700-page contract Covanta signed with New York City in July 2013. Since Covanta is not operating at full capacity so far this year, this DOES help them burn more waste and pollute Chester more.

Admission is FREE but donations will be appreciated. Registration is encouraged. Please register at https://www.eventbrite.com/e/environmental-justice-money-power-politics-laid-to-waste-revisited-tickets-325170783567