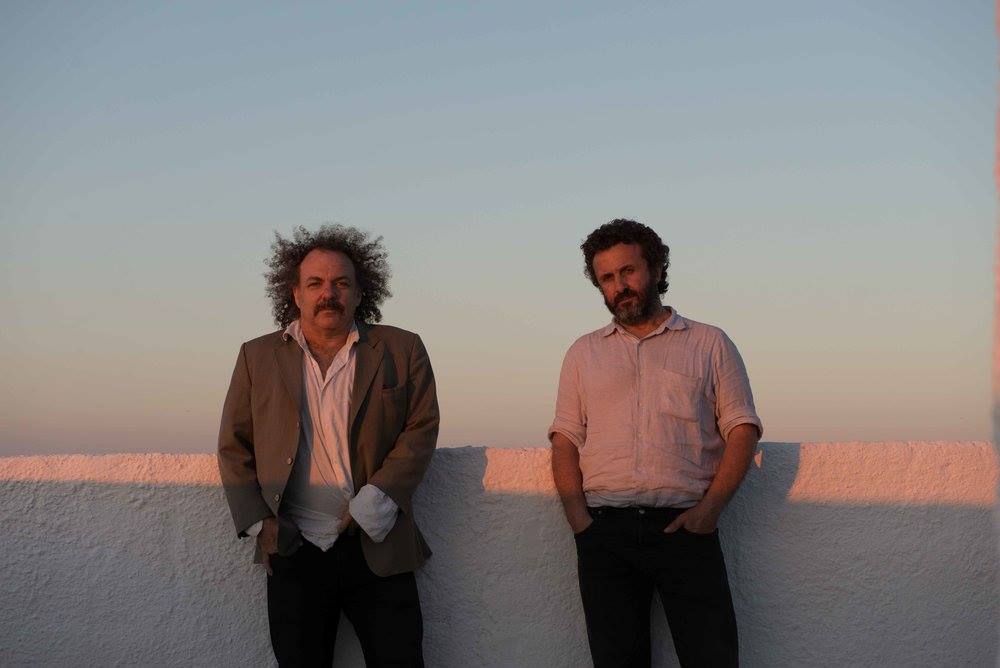 Xylouris-White is firmly rooted in the past and future. Playing Cretan music of original and traditional composition, the band consists of Georgios Xylouris on Cretan laouto and vocals and Jim White on drum kit. Xylouris is known and loved by Cretans and Greeks at home and abroad and has been playing professionally from age 12. Jim White is an Australian drummer known and loved throughout the world as the drummer of Dirty Three, Venom P Stinger and now Xylouris-White. For the last four years these two men have been performing as Xylouris-White, the culmination of 25 years of friendship forged through music and place.

“When the lute player George Xylouris was a teenager — growing up in a mountain village on Crete, not far from the Ideon Cave, where Zeus worshipers have been making pilgrimages since the end of Minoan civilization — he was working as accompanist to his father, the folkloric singer and lyrist Antonis Xylouris. When the Australian drummer Jim White was a teenager, he was playing in a Melbourne noise band called the People With Chairs Up Their Noses.

It’s good that they’ve ended up together. Both are extraordinary musicians. From a distance, in market terms, one is a traditional artist and the other a nontraditional one. (Mr. Xylouris has mostly stayed within the music of his culture and family; since the early 1990s, Mr. White has been the drummer for the great instrumental trio Dirty Three.) But up close, during a set at Union Pool in Williamsburg, Brooklyn, on Thursday night, the difference was negligible. Onstage, as Xylouris-White, they look and play like brothers.

Elkhorn:
Elkhorn (Philadelphia/NYC) is a guitar duo featuring Jesse Sheppard on 12-string acoustic guitar and Drew Gardner on electric guitar. Their music digs deep into the traditions of Folk, Jazz, Blues, African, Indian, and Psychedelic music. Their latest album, Sun Cycle, is being released by Feeding Tube Records in the Spring of 2019.