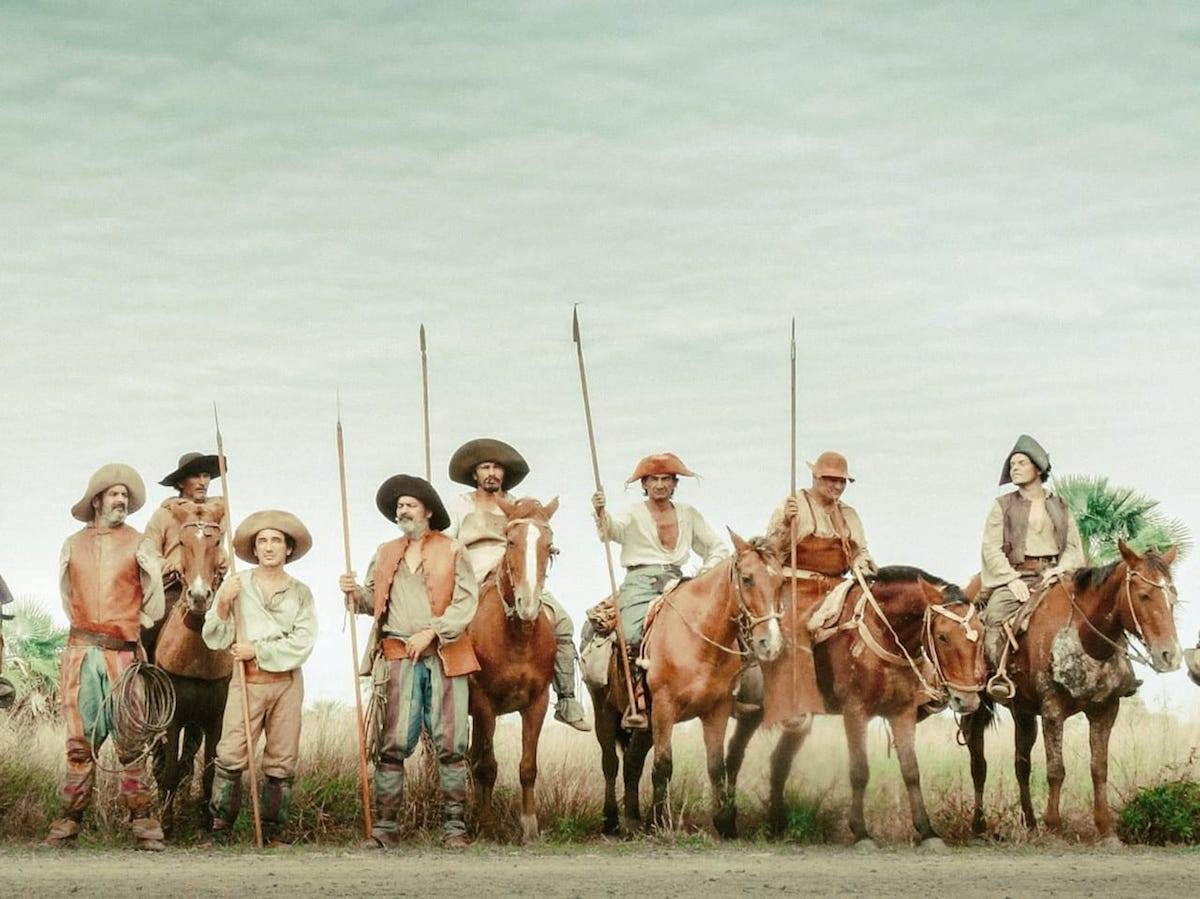 ZAMA (2017, directed by Lucrecia Martel, 115 minutes, Argentina)
In this dreamy, unorthodox film, Don Diego de Zama is a lowly 18th century mayor in an unnamed South American country, going slowly insane as he waits endlessly for a transfer within the Spanish empire. Based on the novel by Antonio di Benedetto, Martel's fourth feature has brought wide international acclaim, with Manohla Dargis of the NYTimes proclaiming it, “A Cinematic Marvel.”

and
ENTRANCED EARTH (aka TERRA EM TRANSE) (1967, directed by Glauber Rocha, 106 minutes, Brazil)
One of the seminal films of Brazil's French New Wave-inspired “Cinema Novo” movement, directed by Glauber Rocha (BLACK GOD, WHITE DEVIL). In the fictional Eldorado, a journalist and poet (Jardel Filho) takes a quixotic journey through the politics of the Right and the Left before becoming disillusioned in this allegorical critique of modern Brazil. Originally deemed by the Brazilian government as “tarnishing the image of Brazil,” ENTRANCED EARTH would later play the Cannes Film festival, winning the “International Federation of Film Critics” award. Rocha's rebellious cinema was an acknowledged inspiration for Brazil's musical “Tropicalia” movement.
- - - - - - -
Reviews of ZAMA:
“Poetic is a word that gets thrown around willy-nilly, but it fits perfectly here. So does woozy. It feels less like a film than a high fever, burning slow but hot in order to incinerate a virus....One of the best movies of the year.” - David Fear, Rolling Stone

“What about Zama without sounding presumptuous or exaggerated? One could establish connections with the work of Terrence Malick, Werner Herzog, John Ford, Claire Denis, but Martel's cinema is unique, non-transferable, inimitable, incomparable... There is something of the order of the metaphysical, of the sensory (Martel's films even "smell") that transcends the formulas of narrative cinema and conventional dramatic construction.” - Otros Cines, Diego Batlle

“Filled with situations that mirror the social and racial preconception of the time, this hypnotic tale of punishment and atrocious colonialism is an engrossing experience, likely to be turned into a cult film.”
- Filipe Freitas, Film Threat

“A brilliantly discomfiting portrait of European colonialism and its discontents, every sound and image tells the same sickening story....(Martel) brings "Zama" to a lyrical, terrifying close worthy of Werner Herzog or Joseph Conrad. The grand dream of human conquest ends, as it must, with a nightmarish descent into madness.” - Justin Chang, Los Angeles Times

“Even as Martel steeps the film deep within Zama’s perspective, she observes his tortuous male pathos with the critical distance of a female gaze. He does cut a pitiful figure ... but he remains satiric, a parody of masculine and colonial self-importance.” - Devika Girish, Village Voice