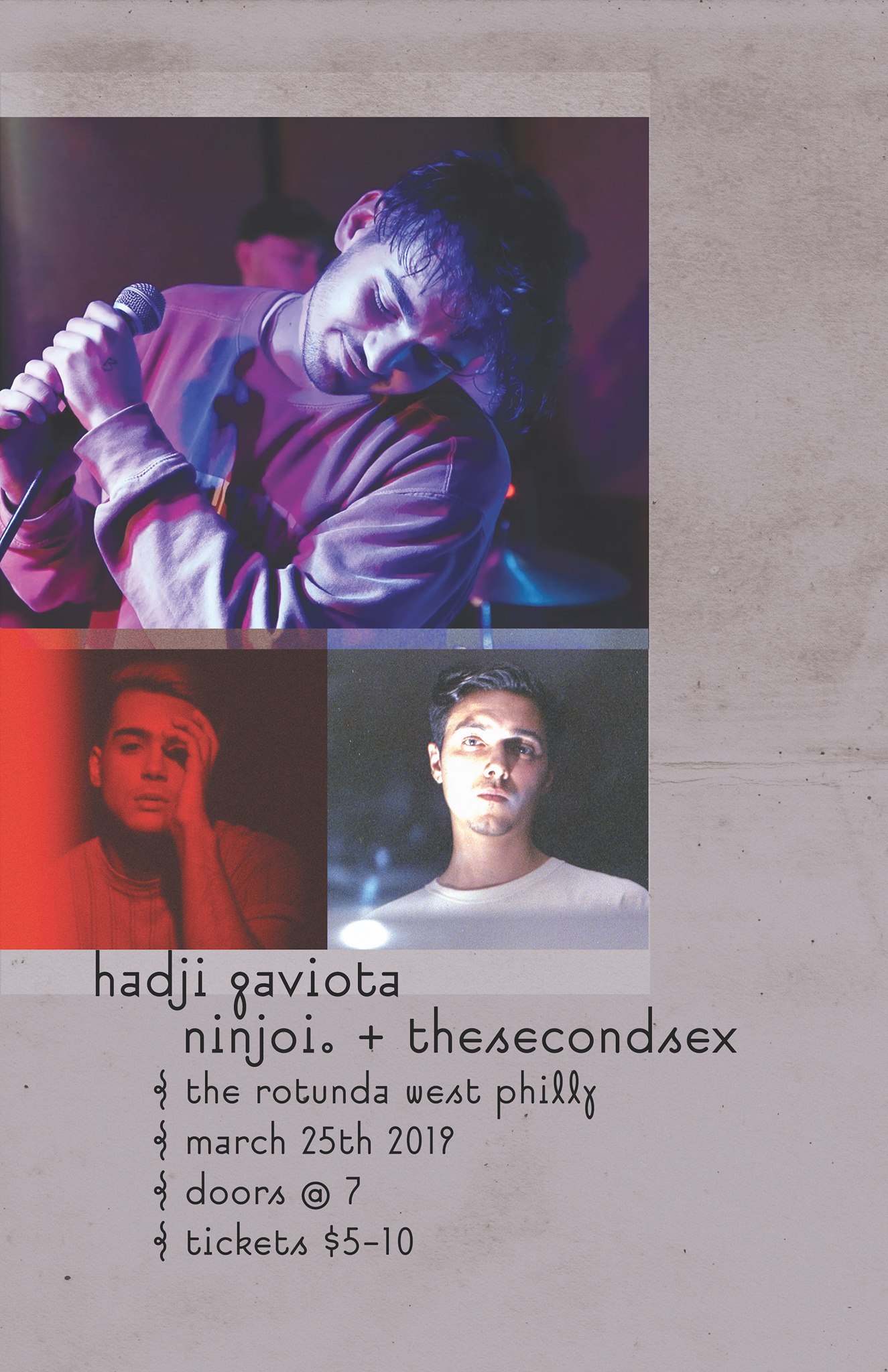 HADJI GAVIOTA
Hadji Gaviota (Mark Paraskevas, Penn '17) is a bubbling singer, rapper & producer from New York. Spending his summers in the peaceful North Fork of Long Island and the rest of his days in the bustling borough of Queens led Hadji to create a vibe that is equal parts beach and concrete.
Hadji’s debut album, “Captain,” was released in December 2018 following the successful single “Harajuku,” which to date has over 150k streams and has been featured on the Spotify curated playlist “Feel Good Dinner”. From the tone-setting opening track “Golden Boy” to the dual engine of “Saltwater/Corvette” and the saccharine “Lovely,” the album showcases both his wide range of genres and inspirations and his impressive cohesiveness.
Spotify: https://open.spotify.com/artist/4eX6XMjx0GK6eCr59261Q7?si=I6620g9HSB6-Ih9_7AzGuA
IG: https://instagram.com/malakahadji

NINJOI.
Queens, New York-native, Joshua Batista aka ninjoi., eases the pain of the world with melancholic tracks for the soul. Heavily inspired by the mellow jazz hip-hop imported from Japan during the early 2000's, ninjoi. channels his love for Nujabes and Michita in an effort to guide his listeners through an introspective and reflective journey. "Just enjoy it, it's ninjoi."
Spotify: https://open.spotify.com/artist/5L2CHkxMyK5JxdWzjKcI6K?si=qNMkDMrtRBG1xUklnp1PeA
IG: https://instagram.com/ninjoi_