in the sanctuary! Bowerbird Pres. Julius Eastman: That Which Is Fundamental - Macle + Thruway + Buddha + New Work by Moor Mother 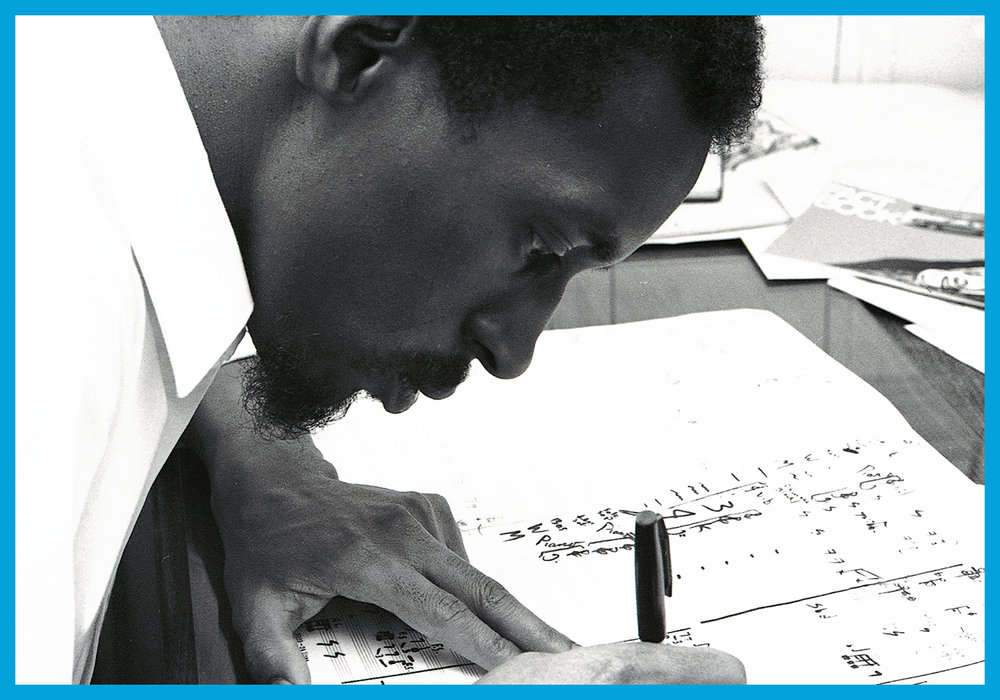 (in the sanctuary! Enter on Walnut Street)

Julius Eastman: That Which Is Fundamental

The first large scale retrospective of composer and performer Julius Eastman (1940 - 1990)
Curated by Tiona Nekkia McClodden and Dustin Hurt; Presented in conjunction with the Eastman Estate and in collaboration with Slought and The Rotunda

Exhibition: May 4 to 28 at Slought

PHILADELPHIA — Bowerbird is pleased to announce "Julius Eastman: That Which is Fundamental",  an interdisciplinary, multi-artist project that examines the life, work, and resurgent influence of Julius Eastman. Eastman (1940-1990) was a gay African American composer and performer who was active internationally in the 1970s and 80s, but who died homeless at the age of 49, leaving an incomplete but compelling collection of scores and recordings.

Eastman studied at Philadelphia's Curtis Institute of Music from 1960 to 1964 before joining a prestigious new music group called the Creative Associates in Buffalo, NY alongside composers Petr Kotik, Gwendolyn Sims, Morton Feldman, James Fulkerson, and Jan Williams. During his highly productive years in Buffalo, he composed Thruway; a ballet score, The Moon’s Silent Modulation; Macle; Trumpet; Colors; and Stay On It; among other pieces. In the summer of 1976, Eastman moved to New York City where he became part of the “downtown” New York music scene. During this period he performed with Arthur Russell, Meredith Monk, Peter Zummo, and others in venues ranging from Carnegie Hall and the Brooklyn Academy of Music to downtown lofts and disco clubs. From 1976 until his death in 1990, Eastman’s “model of musicianship,” as music historian Ryan Dohoney terms it, “expanded to include free Jazz, improvisation, new wave rock, disco, as well as his own composed music that is marked by intense repetition and political aggressiveness.” This “political aggressiveness” is evident in the series of multi-piano pieces that Eastman wrote with provocative titles such as Crazy Nigger, Evil Nigger, and Gay Guerrilla. Following a series of personal struggles and misfortunes such as eviction from his apartment for non-payment of rent and the confiscation of his possessions including his musical scores, Eastman returned to Buffalo, where he died in 1990 at age 49.

That Which Is Fundamental is the first comprehensive examination of Eastman's legacy to work alongside the Eastman Estate, an organization led by Gerry Eastman to gather together, organize, preserve, disseminate, and generally further the work of his brother, Julius.

All concerts will be in the Sanctuary of The Rotunda at 4014 Walnut Street, Philadelphia, PA 19104.

Tickets to each concert are $12 - $25. Reservations are not required.  More information and tickets: https://www.thatwhichisfundamental.com/concerts-overview/

A Recollection. and Predicated. is an exhibition in two parts that feature archival traces and work by ten contemporary artists that engages with Eastman and the fragmented nature of his legacy. A Recollection. approaches a historical exploration and remembrance of Julius Eastman as a master of artifice, while Predicated., an exhibition in conversation with the work of Julius Eastman, explores notions of absence, trace presence, duration, the politics of exhaustion, as well as the interplay between composition and improvisation through video, sculpture, and photography.

If you're not familiar with the Eastman's story- it's pretty powerful - you might want to read a few recent articles:

FUNDING.
Major support for THAT WHICH IS FUNDAMENTAL has been provided by The Pew Center for Arts & Heritage, with additional support from the Presser Foundation, the Aaron Copland Fund, the Musical Fund Society of Philadelphia, and the Pennsylvania Council on the Arts, a state agency funded by the Commonwealth of Pennsylvania and the National Endowment for the Arts, a federal agency.

ABOUT BOWERBIRD.
Situated at the forefront of artistic experimentation, Bowerbird is a Philadelphia-based nonprofit organization that presents music and interdisciplinary events by local and internationally recognized artists at a variety of venues across the region. The mission of Bowerbird is to raise the public’s awareness and understanding of provocative and divergent music traditions by providing numerous and diverse opportunities to directly experience the work of today’s leading artists. For more information, visit bowerbird.org.