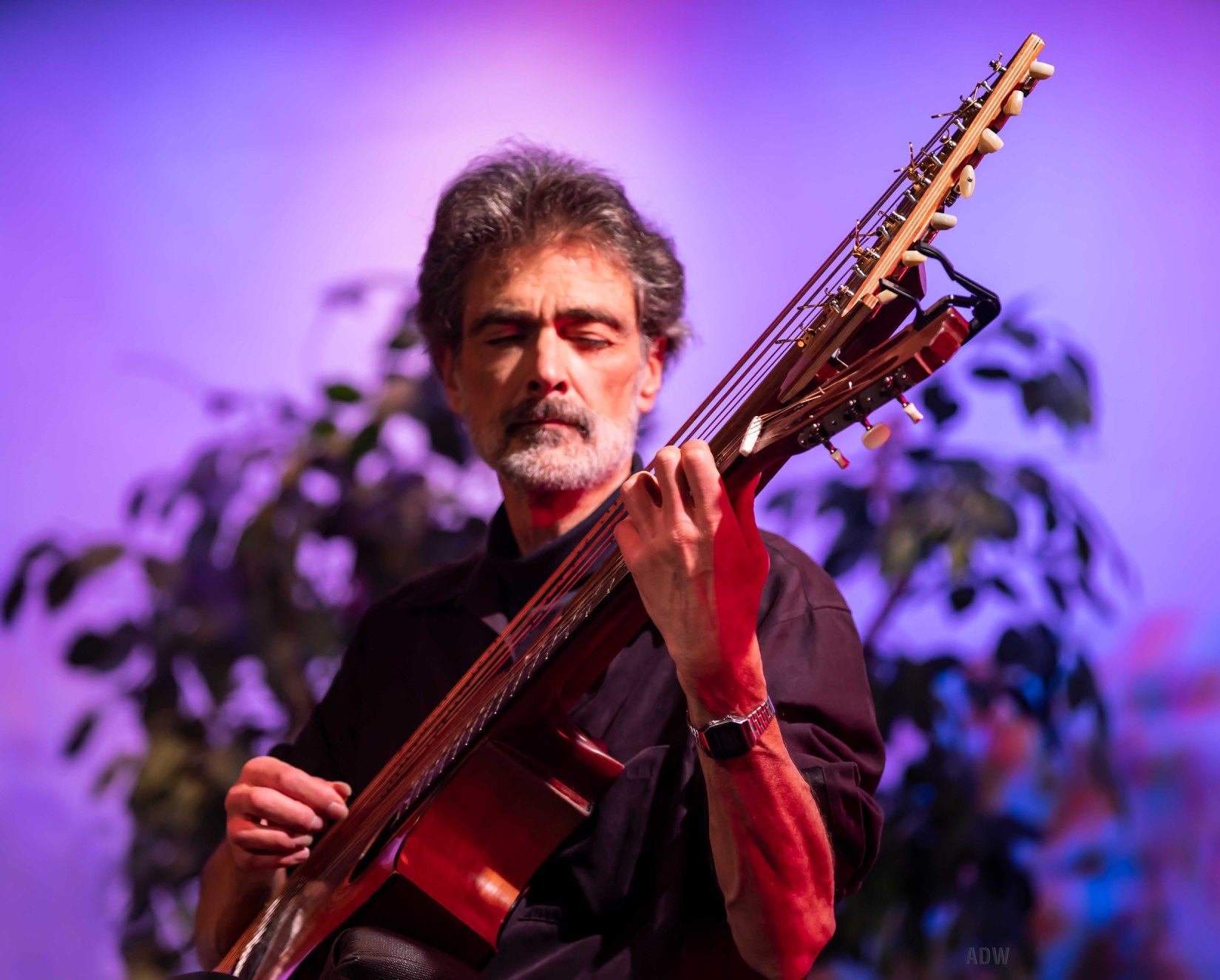 Clavius Productions presents the return of Rochester guitarist Kinloch Nelson to Philadelphia, with Mesmeric Haze's Brian John McBrearty supporting. Kinloch made his first Philly appearance in April at Brickbat Books and played 90 minutes of the most exquisite acoustic fingerpicking we've seen in quite some time. Tompkins Square released his first legitimate LP this year and after playing and teaching in the Rochester/Buffalo/upstate NY region for 50 years, Kinloch is determined to bring his music to new cities. If you're a fan of John Fahey, Sandy Bull and American Primitive solo guitar, this show is not to be missed!

Kinloch Nelson (Tompkins Square, Rochester NY)
Kinloch Nelson's 50-year career has run the gamut from solo classical recitals and folk concerts to club and festival dates playing country, jazz, rock, rockabilly, and R&B. He has contributed to Acoustic Guitar magazine, been reviewed in Just Jazz guitar magazine, been featured in concert on PBS TV and radio, and performed around the US and the UK.

Teaching credits include 25 years at The Hochstein Music School in Rochester, NY, music classes at Maryland Summer Center For The Arts, and workshops at the University of Rochester, S.U.N.Y. Oswego and numerous guitar festivals around the US and Canada.

"Listening to Kinloch Nelson is a journey through American roots, jazz, country, blues, classical and whatever it is that ties them all together. " (Frank De Blase, City Newspaper, Rochester NY)

“Kinloch Nelson’s terrific Partly on Time comes to us via the ever-reliable Tompkins Square label. Rescued from age-old tapes, the slightly lo-fi sound here is deliciously warm and stony, the perfect setting for Nelson’s laid-back instrumental compositions. As a player, Nelson is an original; he rambles but never meanders, wanders but never gets lost. A total gem, well worth your time.” (Tyler Wilcox ~ aquariumdrunkard.com)

“This is American guitar music born not of the blues, but glistening, plaintive chaconnes and tone poems with their roots in Segovia medievalism, European folk music, and the Northern renaissance. Beguiling and strange, this is a real find.” (Andrew Male, Mojo Magazine)

“Sublime solo guitar work from Kinloch Nelson is very much in the more underground acoustic side of the ' 60s – post-folk, and dedicated to unusual tunings – and with a very personal, lyrical quality that almost makes Nelson something of a bridge between the older Takoma Records scene, and the acoustic underground of the '70s.” (Dusty Grooves)

“Nelson’s playing, though virtuosic, is unlike the mathematical workouts of a Leo Kottke or the mutated ragtime of a Duck Baker. It’s sweet and lyrical (“Solitudes”); trancey (“The Eyes of Fair Molly”), and lightly swinging (“Coming Down From the Ceiling,” which sounds like it hatched Neil Young’s “Harvest Moon”)." (c-ville.com)

"In a genre where players often seem to rush to mysticism, Nelson plays here as if he has all the time in the world to leave his mark." (David Fricke, Rolling Stone)

Brian McBrearty (Philadelphia)
Brian John McBrearty is a Philadelphia-based guitarist, vocalist and composer. Originally inspired by John Fahey, Jack Rose and other purveyors of American Primitive style guitar, Brian has released several albums of instrumental music that combines finger-picked guitar with ambient textures and minimalist composition techniques. Brian's latest songs feature him singing in addition to playing guitar in open tunings and draw influence from English folk of the early '70s (Michael Chapman, Bridget St. John and others), cosmic jazz and drone music from the likes of Terry Riley and Alice Coltrane, and present-day vibe merchants such as Steve Gunn, Mary Lattimore and Ryley Walker. Brian is currently recording a new solo album with a full band that will be released in 2020.