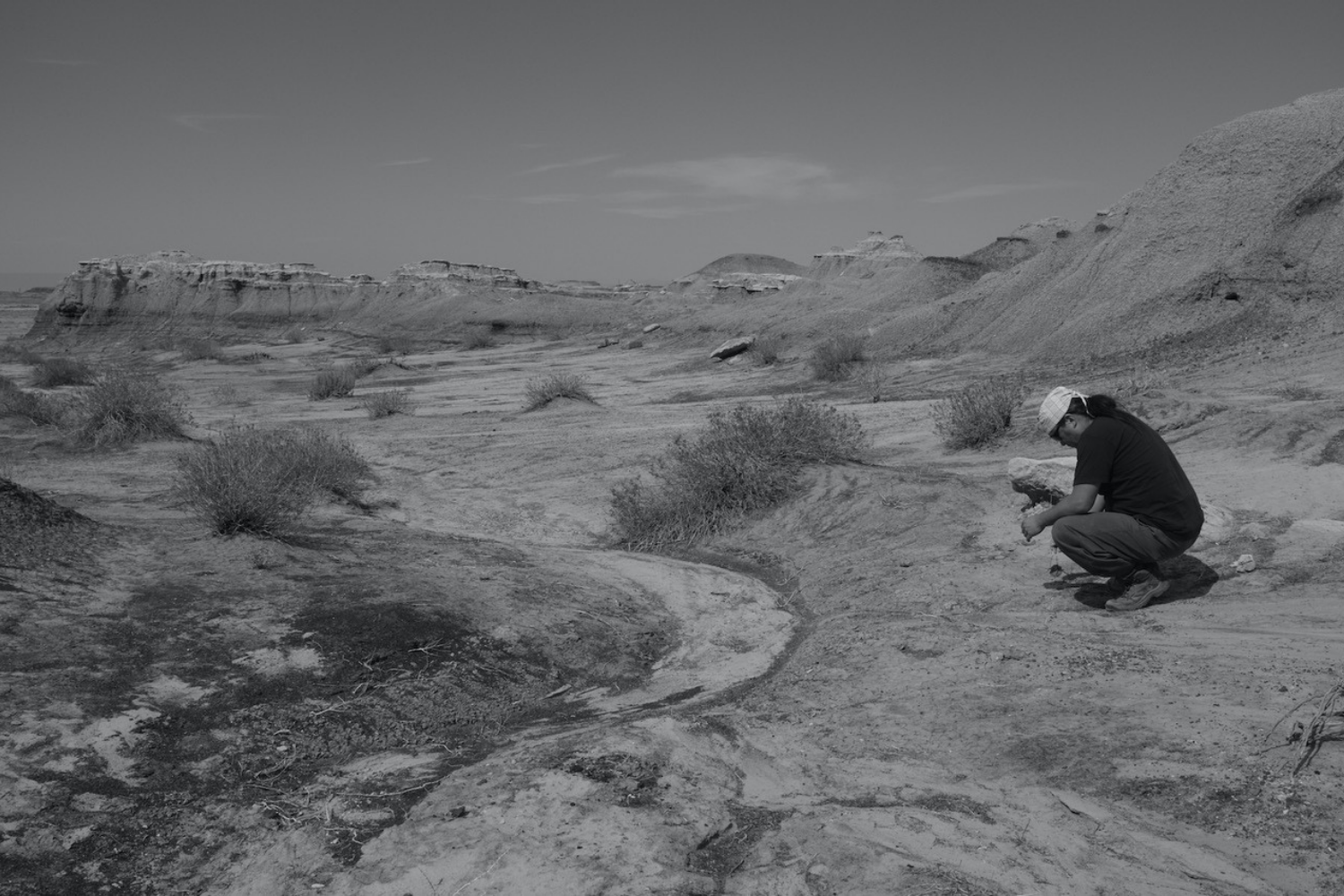 Percussionist Tatsuya Nakatani will perform multiple bowed gongs from the desert near his home in New Mexico.

Admission to this online event is Free / Pay What You Wish. REGISTRATION IS REQUIRED. Please register at https://bowerbird.ticketleap.com/tatsuya-nakatani-liminal-states/. SPACE IS LIMITED. A link will be sent to you the day of the event. The performance will start at 11:00pm Eastern Time and will run approximately 45 mins.

About the artist: Tatsuya Nakatani is an avant-garde percussionist, composer, and artist of sound. Active internationally since the 1990’s; Nakatani has released over 80 recordings and tours extensively, performing over 150 concerts a year. His primary focus is his solo work and his large ensemble project, the Nakatani Gong Orchestra. With his activity in the new music, improvisation and experimental music scenes, Nakatani has a long history of collaboration. He teaches master classes and lectures at universities and music conservatories around the world. Originally from Japan, he makes his home in the desert town of Truth or Consequences, New Mexico. Nakatani creates his distinctive music centered around his adapted bowed gong, supported by an array of drums, cymbals, and singing bowls. In consort with his hand carved Kobo Bows, it is an instrument he has spent decades developing. Nakatani approaches his orchestral project (NGO) as an arrangement of formations of vibrations, incorporated in shimmering layers of silence and texture. Within this contemporary work, one can still recognize the dramatic pacing, formal elegance and space (ma) felt in traditional Japanese music.