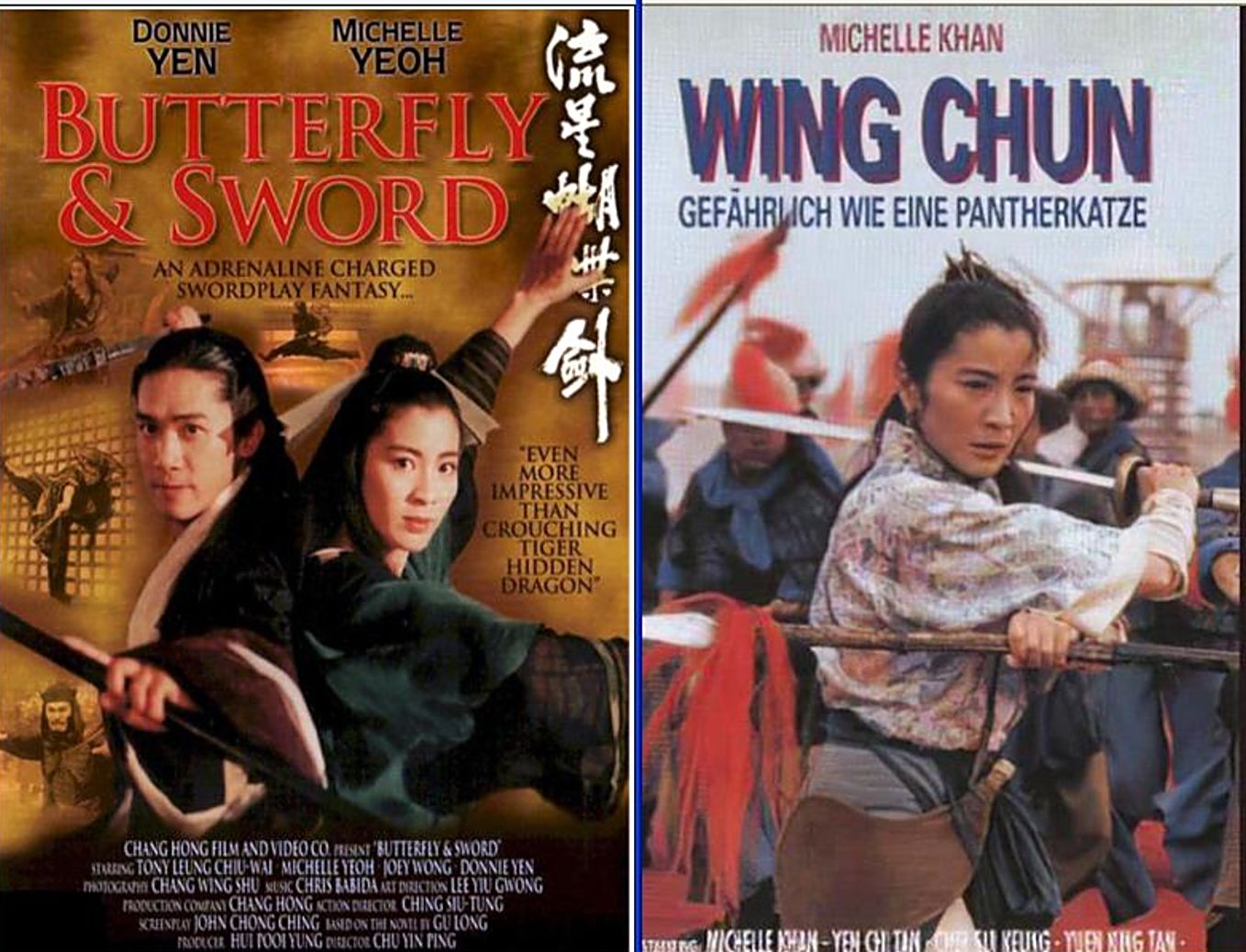 The action fantasy life revealed in Michelle Yeoh's multiverse in the recent hit EVERYTHING EVERYWHERE ALL AT ONCE is the life the actress acted out in her fanastic string of Hong Kong action films in the 1990s. We'll screen two of her most thrilling, co-starring now international stars Tony Leung (N THE MOOD FOR LOVE, SHANG-CHI) and Donnie Yen (IP MAN, STARS WARS: ROUGE ONE).

WING CHUN (1994, directed by Yuen Woo-ping, 93 min., Hong Kong)
Michelle Yeoh is “Wing Chun” a beautiful young woman who dresses as a man and learns kung fu to fend off suitors and the bandits terrorizing her village. Donnie Yen plays her old flame, just back from receiving years of martial arts training and ready to join her in keeping the village safe. Plenty of broad comedy and jaw-dropping action, directed by the famed action choreographer of THE MATRIX and CROUCHING TIGER, HIDDEN DRAGON.

BUTTERFLY & SWORD (1993, directed by Michael Mak, 88 minutes, Hong Kong)
Tony Leung, Donnie Yen and Michelle Yeoh and form a love triangle of fighters brought together to protect the local Lord from a coup! Non-stop swooping, swinging and swordplay and euphoric flying wire-work from the director of the classic SEX & ZEN.

The show begins at 8:00 pm. Admission is free.
Masking and contract tracing enforced. Seating is limited.

COVID POLICY
- 50 people MAX will be permitted in the venue during an event. This includes audience and staff.
- Everyone over the age of 2 will be required to wear masks indoors, regardless of vaccination status.
- We will engage in contact tracing. We will register attendees and ahead of time or at the front desk, depending on the event, and will require them to alert us if they become sick after the event