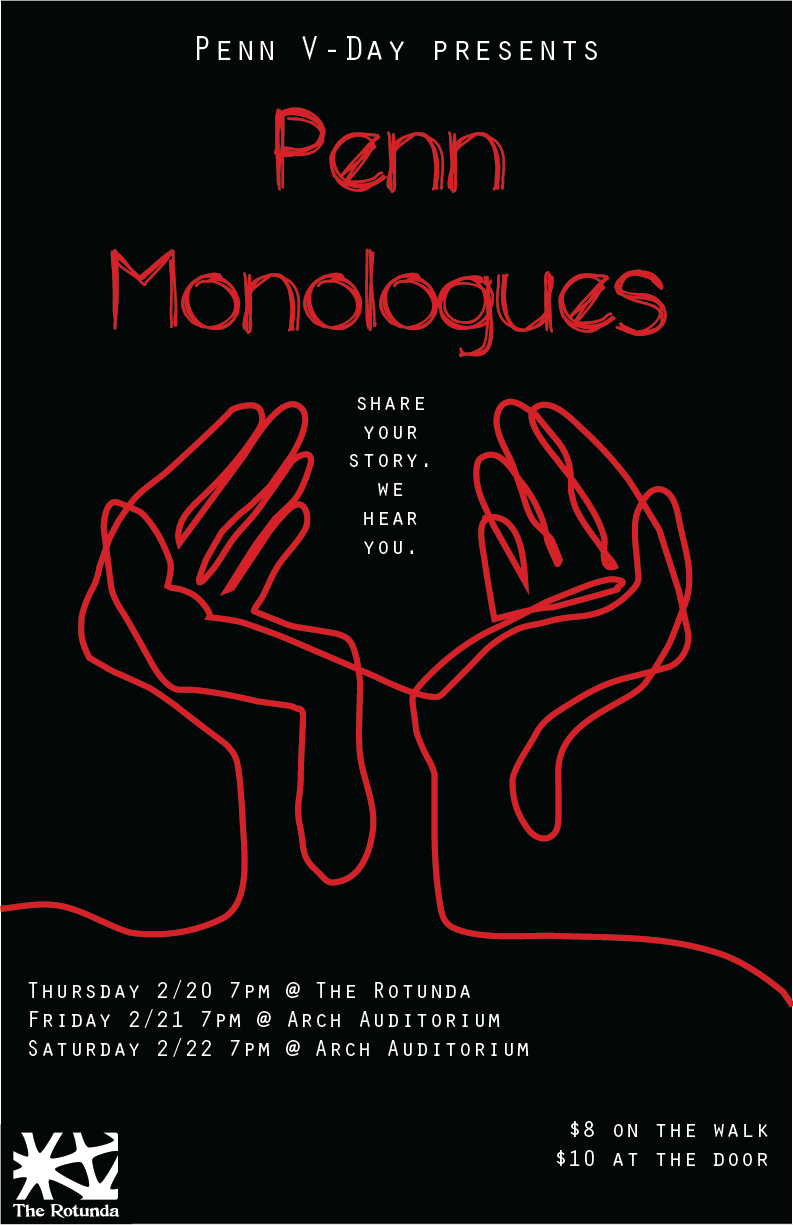 Join Penn V-Day as we showcase our first production of community monologues -- Penn Monologues! With the experiences of Penn students, postgraduates and staff as well as WOAR affiliates represented in the content as creators &/or on stage as cast members, Penn Monologues is an example of activism through art that has proved to be a powerful tool that helps to communicate Penn V-Day's mission to the greater community at Penn and in the city of Philadelphia.
Penn V-Day is the catalyst for mobilizing people to heighten awareness about sexual and domestic violence against female-identifying, trans women, womxn, femme and non-binary people of all ages, as well as a force that empowers individuals and the public-at-large to bring that violence to an end.
All proceeds from the production and GoFundMe (https://bit.ly/2S3h7Dr) will go to WOAR Philadelphia Center Against Sexual Violence, Philadelphia's only full-service rape crisis center.

Admission is $8.00 in advance and tickets can be purchased HERE. Tickets at the door are $10.00.
***Tickets can also be bought WITHOUT FEES on Locust Walk with CASH or VENMO!