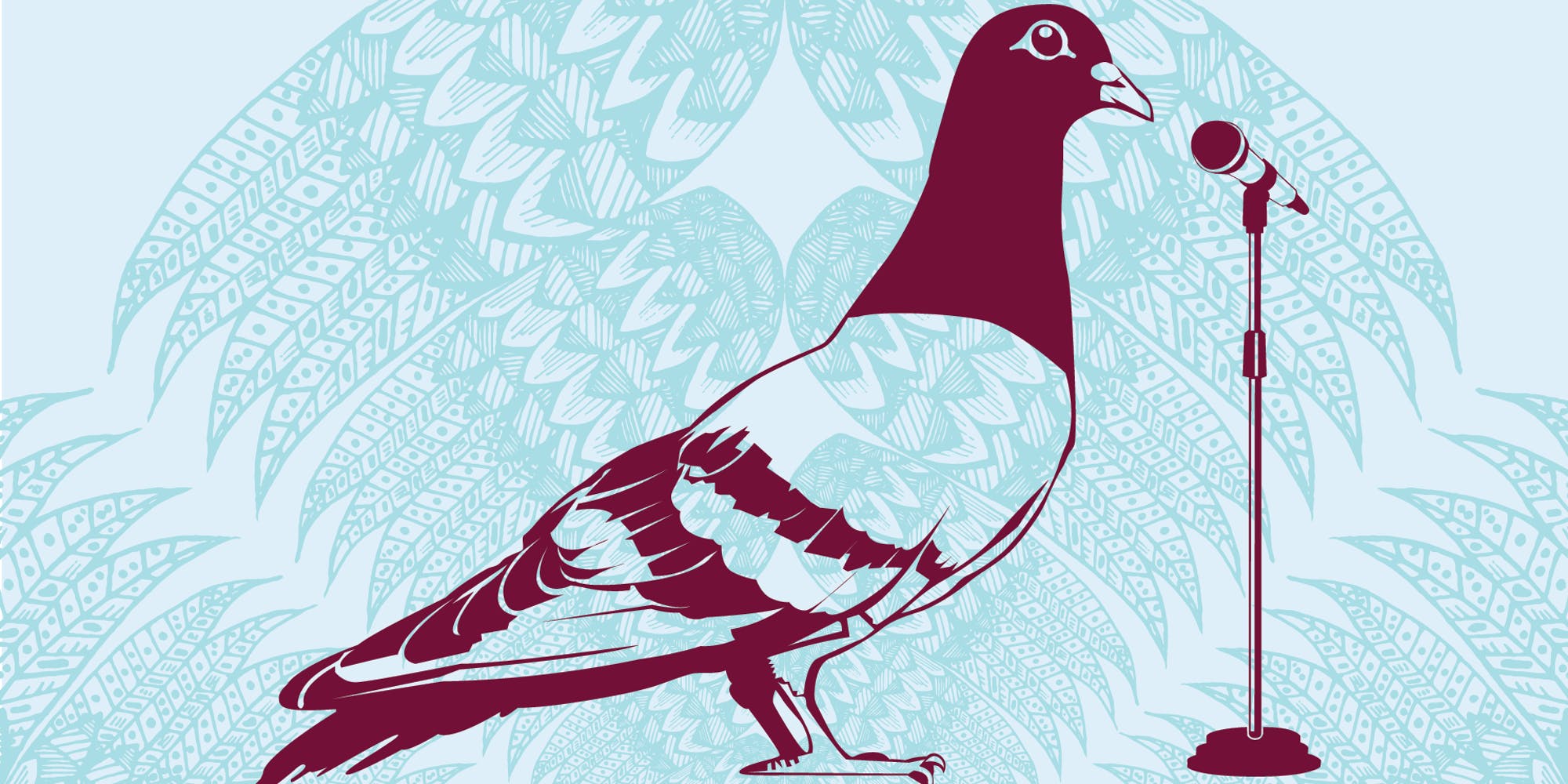 **ALL RESERVED SEATS MUST BE CLAIMED BY 8:55PM ||| At 8:55pm all unclaimed reserved seats will be open to other attendees*** All ages welcome. Adult content expected.

A poetry slam is a competition between poets performing original work judged by members of the audience. This poetry slam is organized by Jacob Winterstein, Kai Davis and Jasmine Combs. In January NO CIS-MEN will touch the stage and the winner gets a $150 cash prize!

The Pigeon* is excited to announce that this month's feature is:

RAYCH JACKSON: Rachel “Raych” Jackson is a writer, educator and performer. While teaching third and fourth grade in Chicago Public Schools, Jackson competed on numerous national poetry teams and individual competitions. Her poems have gained over 2 million views on YouTube. She is the 2017 NUPIC Champion and a 2017 Pink Door fellow. Jackson recently voiced 'DJ Raych' in the Jackbox game, Mad Verse City. Her latest play, “Emotions & Bots”, premiered at the Woerdz Festival in Lucerne, Switzerland. Jackson wrote a room dedicated to her city for 29Rooms' first installment in Chicago, through Refinery 29. She co-created and co-hosts Big Kid Slam, a monthly poetry show in Chicago. Jackson’s work has been published by many— including Poetry Magazine, The Rumpus, The Shallow Ends, and Washington Square Review. Her debut collection EVEN THE SAINTS AUDITION was recently published through Button Poetry. She currently lives in Chicago.

* No refunds or exchanges.

Tickets are $15 and can be purchased HERE