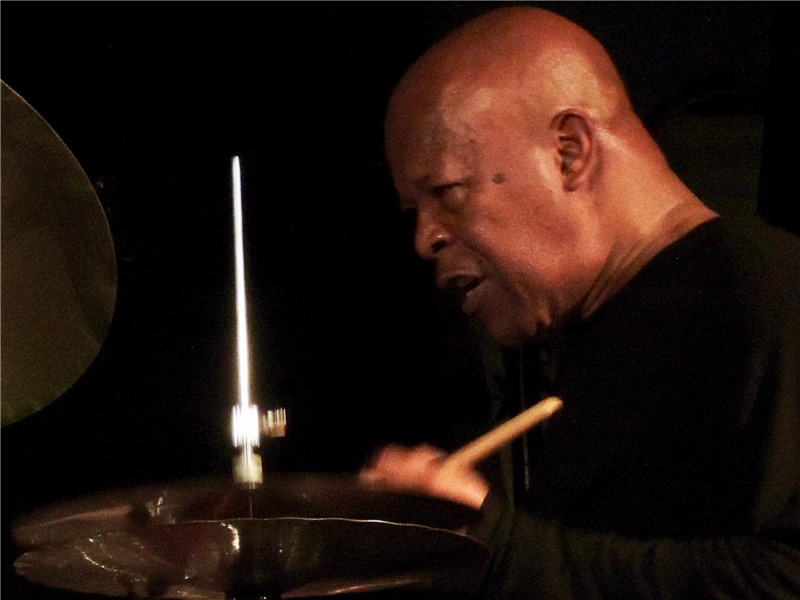 “…No description of the Philly jazz scene exists that does not include something along the lines of “And Elliott Levin has been known to sit in, buggin’ out with his sax and flute…” A Philadelphia drummer described Levin as “the guy that calls you at two in the morning, wanting you to haul your drums over to some jam session.”
Levin grew up in Philly, but studied music and creative writing on the west coast at the University of Oregon. He took private lessons with a former Philadelphia Orchestra saxophonist, Michael Guera, and embarked on further research with the great jazz pianist, Cecil Taylor, in whose groups Levin has also performed. The weekend grocery list of Levin credits includes playing with Harold Melvin & the Blue Notes for a decade as the saxophonist in the Sound of Philadelphia band, as well as with Odean Popes’ Saxophone Choir, Tyrone Hill, Don Preston, Scram!, New Ghost, Atzilut (Fourth World), Talking Free Bebop, and various collaborations with bassist Jamaladeen Tacuma. Levin‘s gigs with Taylor included the groups Phthongas and Unit Core Ensemble, and he can be heard on the Taylor FMP album Live in Berlin.”- bio by Eugene Chadbourne
Luke Stewart has pursued a vast number of creative projects over the years. On the jazz side, Luke has performed at many of DC’s historic venues including Bohemian Caverns, Twins Jazz, and HR-57. He had the honor of studying and performing with saxophonist Hamiett Bluiett.
“By now if you don’t know bassist Luke Stewart you’re behind. Stewart is a force on the Washington DC scene not only as a performer (in Irreversible Entanglements, James Brandon Lewis Trio, Trio OOO, Ancestral Duo and more) but also as a booker, promoter, radio DJ and more.”-Astral Spirits

Sirius Juju:
“This outfit seemed to have taken some cues from the far-East trance of John Coltrane with shades of Eric Dolphy. Instead of hitting a down beat to start, they gradually drifted from random soundchecking to subtly teasing out a motif with horns and kamancheh. They feel no pressure to jump straight in when a light drone can set the mood most effectively.
Patient focus was the central theme for a continuous hour to follow. Steady rhythm patterns would ebb until they created a mantric trance before gradually shifting again. Two electric basses (a new format for this show) took turns holding root lines or adding lighter shadings around the edges. The whole thing would have seemed like an attentive free improvisation if it weren’t for the trumpet and saxophone circling each other in well-coordinated lockstep. However loosely sketched it was, it made an hour where time stretched almost until it couldn’t be sensed at all. ” – Geno Thackara/All About Jazz