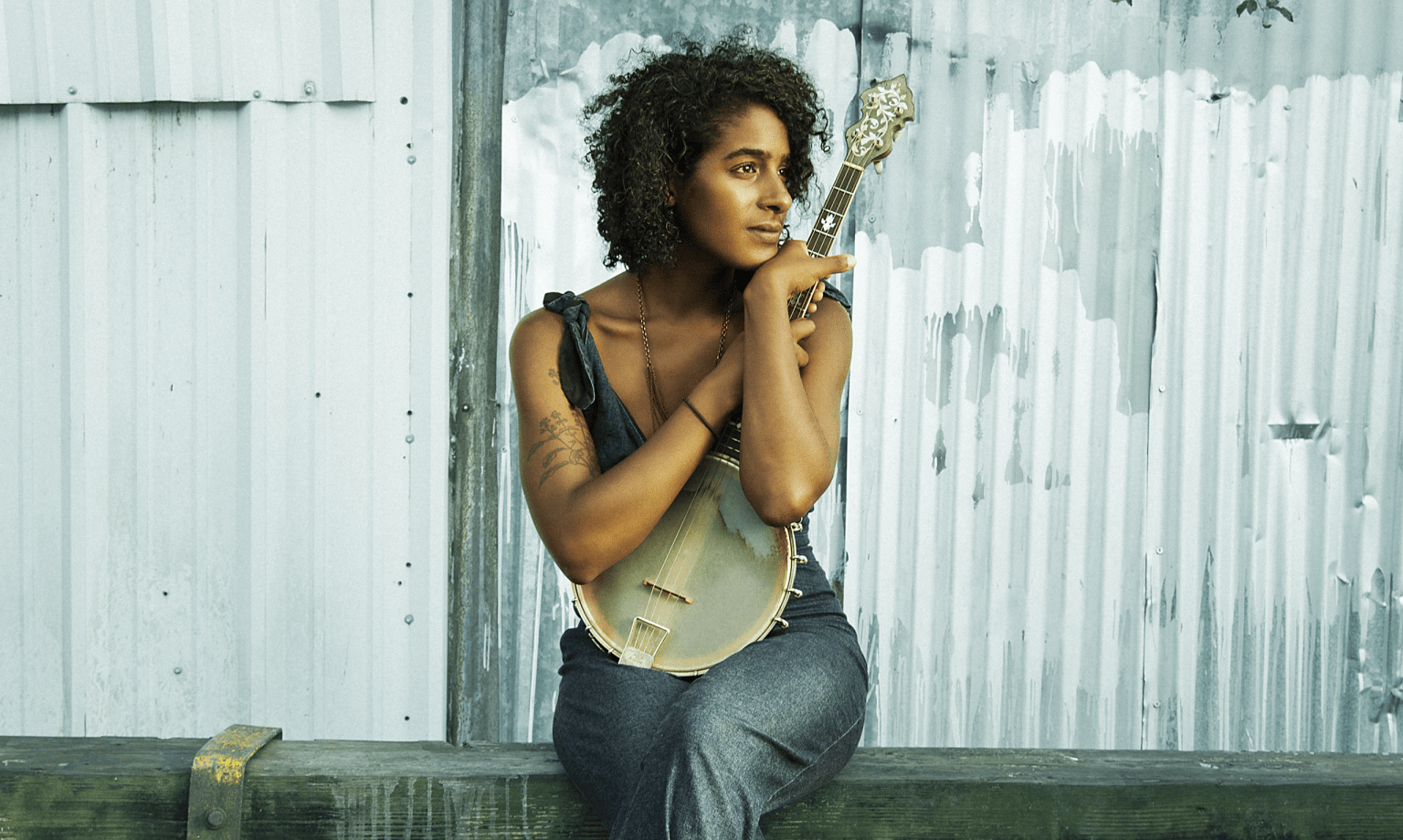 Biography
Leyla McCalla finds inspiration from her past and present, whether it is her Haitian heritage, living in New Orleans, dancing at Cajun Mardi Gras, or growing up on the streets in Brooklyn, she — a bi-lingual multi-instrumentalist, cellist and singer — has risen to produce a distinctive sound that reflects the union of her roots and experience.
Born in New York City to Haitian emigrant parents, Leyla was immersed in a meld of cultures from an early age. As a teenager, she relocated to Accra, Ghana for two years before returning to the States to study cello performance and chamber music at NYU. Armed with Bach’s Cello Suites, Leyla left New York to play cello on the streets of the French Quarter in New Orleans. Singing in French, Haitian Creole, and English, and playing cello, tenor banjo and guitar, her move allowed her to connect more viscerally to historical Haitian Creole resilience and musical expression. She rose to fame during her two years as cellist of the Grammy award-winning African-American string band, the Carolina Chocolate Drops, alongside bandmates Rhiannon Giddens and Dom Flemons, before leaving the group in 2013 to pursue her solo career.
Deeply influenced by traditional Creole, Cajun and Haitian music, as well as by American jazz and folk, Leyla’s music is at once earthy, elegant, soulful and witty — it vibrates with three centuries of history, yet also feels strikingly fresh, distinctive and contemporary. Leyla’s debut album, Vari-Colored Songs: A Tribute to Langston Hughes, was named 2013’s Album of the Year by the London Sunday Times and Songlines for its haunting mixture of music and message.
Her album, A Day For The Hunter, A Day For The Prey (2016), continued to explore themes of social justice, and included guests Rhiannon Giddens, Marc Ribot, Louis Michot of Lost Bayou Ramblers and others. Through deeply felt originals and interpretations of traditional songs, the album depicts a diverse American experience and Leyla’s struggles with and acceptance of her own cultural identity
2019 saw the release of Leyla’s third solo album, The Capitalist Blues. With this record, Leyla processed the current political environment in her own way, by sonically blending New Orleans cajun, zydeco and Haitian jazz, with lyrics sung in English, French and Haitian Creole. The album “imaginatively maps her vision of the Afro-Caribbean diaspora while gently taking Anglocentricism (and capitalism) down a notch,” said NPR. “She’s partly in the moment and partly looking beyond it, and seeing truths that we’ve missed.”
Following her solo release came widely-acclaimed collaborative project, Songs of Our Native Daughters (Rhiannon Giddens, Amythyst Kiah, Leyla McCalla, and Allison Russell), via Smithsonian Folkways. The album pulled influence from past sources to create a reinvented slave narrative, confronting sanitized views about America’s history of slavery, racism, and misogyny from a powerful, modern black female perspective.
Leyla’s current project, Breaking the Thermometer to Hide the Fever, tells the legacy of Radio Haiti, Haiti’s first privately owned Creole-speaking radio station, and the assassination of its owner through Leyla’s own Haitian-American lens. The multidisciplinary performance is set to her own original compositions and arrangements of traditional Haitian songs and is set to premiere next March at Duke University.
Leyla’s work unearthing history and musical tradition, combined with her knowledge of cultural hybridization and her own identity as a Haitian-American has given her an entirely unique voice & perspective. Her music reflects her eclectic and diverse life experiences, projecting a respect for eloquent simplicity that is rarely achieved.