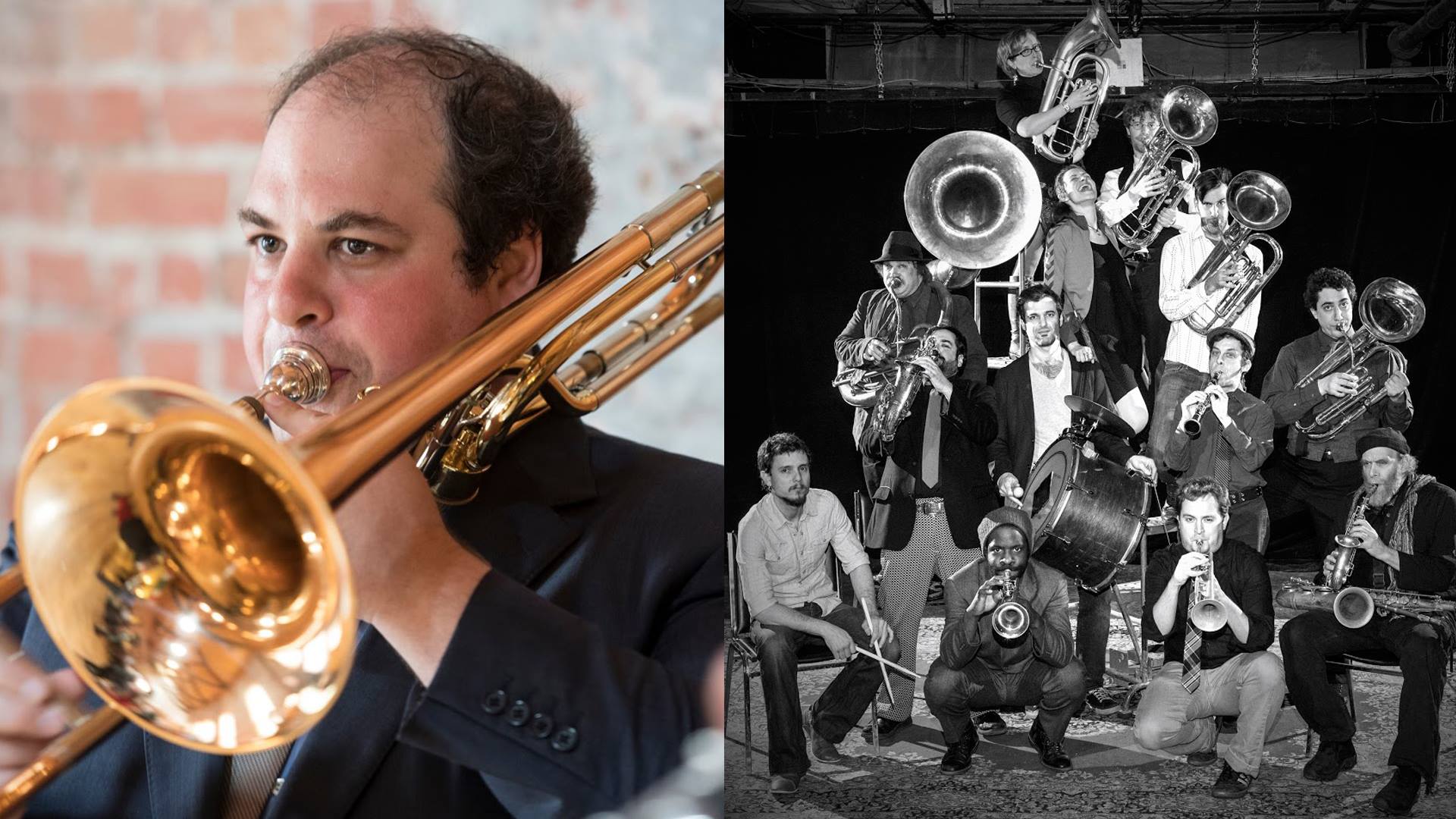 DUE TO INCLEMENT WEATHER, THIS EVENT HAS BEEN MOVED FROM THE 40TH STREET FIELD TO THE ROTUNDA.

Then we’re kicking it to Philadelphia-native and internationally renowned trombonist Dan Blacksberg as he brings an all-star klezmer band to the Summer Series for an evening of joyous music and dancing. Dan and his Hot Klezmers will bring a party with music drawn from klezmer's long history in Eastern Europe and in early 20th century America to the modern klezmer of today. Audiences of any age, and size can move their bodies and get their groove on.

Hosted by Hosted by Ian Zolitor. Ian Zolitor has been an active proponent of Folk and World music in Philadelphia for fifteen years. Having grown up around folk music, he loves helping to connect the music he's passionate about with the audience it deserves. Ian currently hosts "The Folk Show" Sunday nights on WXPN.

DUE TO INCLEMENT WEATHER, THIS EVENT HAS BEEN MOVED FROM THE 40TH STREET FIELD TO THE ROTUNDA.