Bowerbird pres. ALL SOUND IS QUEER 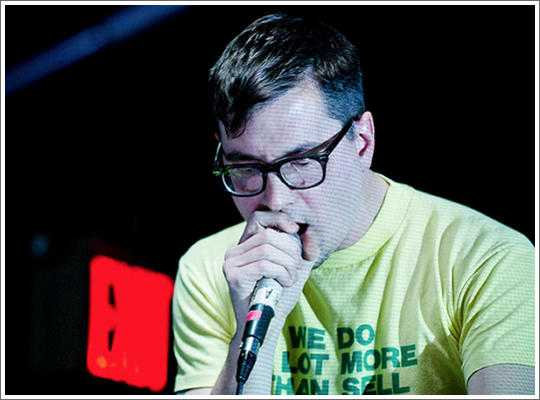 ALL SOUND IS QUEER

"Queerness abides in the refusal to preserve, in the willingness to end the space of ruinous, risky anonymity, to let sound pull us with it into the black hole of an experience that is not yet stable." ~ Drew Daniel

ALL SOUND IS QUEER is envisioned as both a response and continuation of Drew Daniel's eponymous essay from the November 2011 edition of the British music magazine The Wire. The essay turns on its head the idea that GLBTQ identity can or should be built around identifiable "queer" musical forms such as Lady Gaga, vintage house, gay music festivals, or riotgrrl punk. Daniel instead posits an much more subversive approach wherein the experience of "sound" by nature of its unusual form can "queer" any "subject" away from his/her/their mainstream goals and into a more generative world of unknowns, ambivalence, creative exploration, and alternatives to a normative aesthetic embrace. For those who have found "sound" to be a profoundly rich tunnel to embracing an outsider stance many times imposed by normative musical practices, the article provokes a desire for response and further exploration using the concept of "queerness" as an entry point for all radical sound practices.

Curated by sound artist and film maker Catherine Pancake, the program will include texts, live performance, readings, and commissioned sound works by a variety of artists who embrace issues of identity politics in experimental music, and also are known for "queering sound" regardless of announced or implied identity.

Keir Neuringer¬†is a musician and interdisciplinary artist who is involved in creative arts communities in Poland, Holland, and the US. He has cultivated a personal and intensely physical approach to saxophone improvisation, plays analogue electronics and Farfisa organ, and sings and narrates text. After training as a composer and jazz saxophonist in the US, he spent two years on a Fulbright research grant in Krakow. He then moved to The Hague, where he spent eight years, curating performative audiovisual art and earning a masters degree from the experimental ArtScience Institute. He lives in Philadelphia and continues to travel widely to present his work, collaborating closely with Rafal Mazur, Ensemble Klang, and Julius Masri, among¬†many others.

Megan McShea¬†is a writer and poet currently residing in Baltimore. Her practice is firmly rooted in avant garde explorations of sound poetics and abstract text with high visceral effects. Her recent collection "A Mountain City of Toad Splendor" was released by Publishing Genius in 2012.

John Eaton¬†is a resident of Baltimore, MD. He is active in the experimental music/writing, queer, art, and disco scenes. He has performed as part of local arts festivals ΟΔβ²§≈™TransmodernΟΔβ²§¬ù and ΟΔβ²§≈™High Zero.ΟΔβ²§¬ù Since 200? he has been a member of the performance collective Geodesic Gnome. In 2013 he curated the ΟΔβ²§≈™BlasterΟΔβ²§β³Δs Baltimore YearsΟΔβ²§¬ù exhibition (a retrospective of some of the works of Blaster Al Ackerman) at The Current Space in Baltimore, MD. Otherwise he DJΟΔβ²§β³Δs a monthly local drag show at the Triple L Bar; dispatches art truckers far and wide; and attempts to tread lightly on the earth.¬†

Jules Gimbroneis a composer and artist who now lives in Los Angeles, CA. Jules approaches sound and composition through the lens of architectural, sculptural and choreographic interplay. Jules attempts to erect system and structures, which are conceptually sound but simultaneously house their inevitable demise and fallibility, specifically within the multiple failures and queerings of the performative body. Jules co-created, and curates Pack Projects, an art-music collective based in New York City and Los Angeles, who in September 2013 released its latest project: a compilation LP, book and digital download titled FAULT LINES. JulesΟΔβ²§β³Δ work has been shown at such spaces as VOX Populi, Human Resources LA, ISSUE Project Room, Spectrum, 3LD Art & Technology Center, Bodega Gallery, MOMA PS 1, Socrates Sculpture Park, Galapagos Art Space, The Performance Project, and Cameo Gallery. Jules is currently experimenting at CalARTS, studying with Michael Pisaro and pursuing an MFA in Composition. {packprojects.us}¬†

Drew Daniel¬†is one half of Matmos with MC Schmidt. He is a prolific and well-known musician as well as a tenured professor of English at Johns Hopkins University. His writings in magazines, journals, and academic book publications have inspired popular creative and academic thought nationally and internationally.¬†