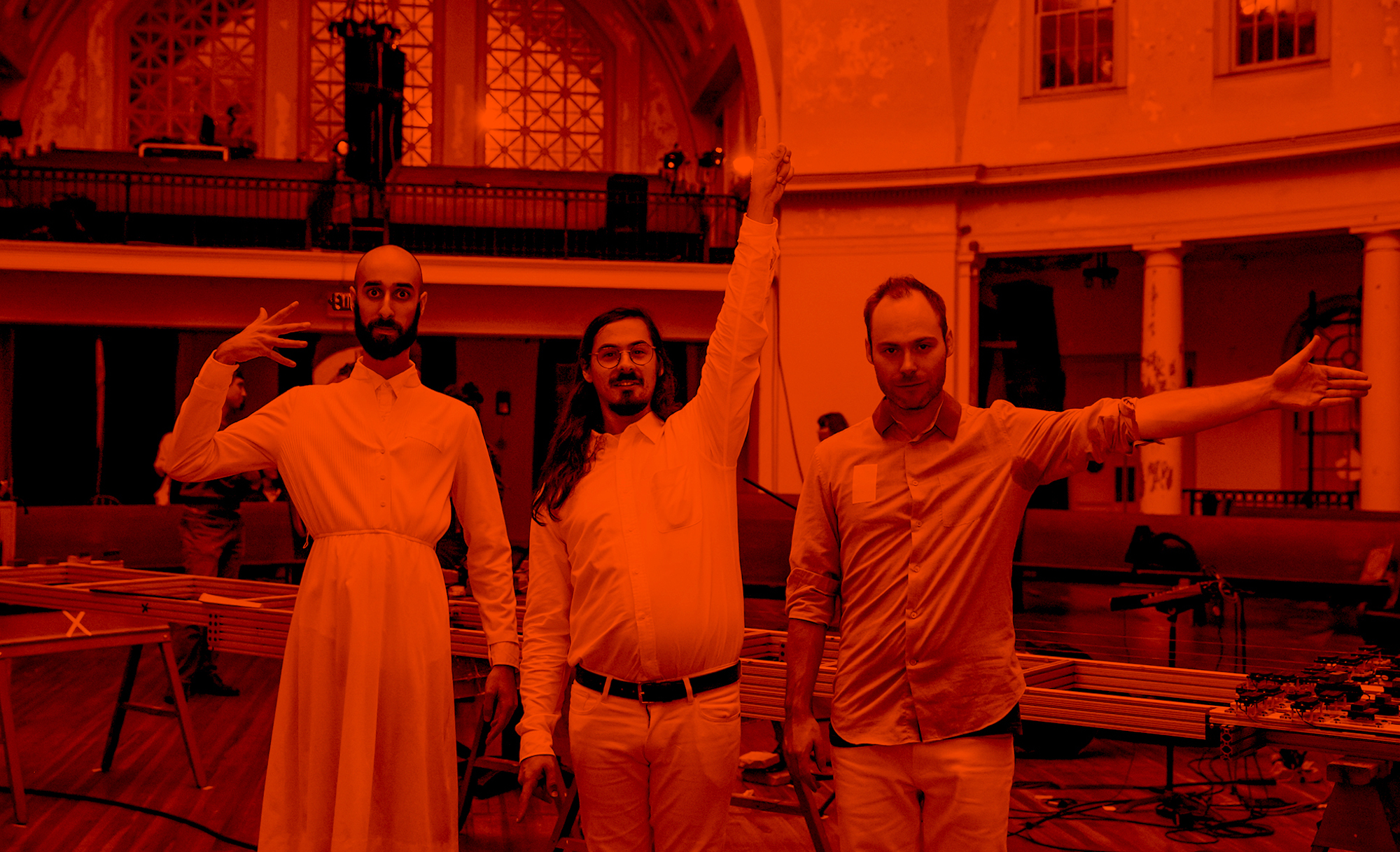 Bowerbird is pleased to present New Perplexity (Daniel Fishkin, Cleek Schrey, Ron Shalom) in an evening of new works created during their upcoming artists-in-residence at Robert Wilson’s Watermill Center. New Perplexity is a composer-performer collective intent on creating new contexts for the daxophone, a thin hardwood strip played with a bow, created by the German improviser/inventor Hans Reichel in 1987. The instrument’s sound, somewhere between a cello and badger, ranges from furtive gurgles and delicate whistles to wild screams.  In 2015 they performed at Dublin’s Science Gallery as part of Trauma: Built to Break, an exhibition on art and trauma. In 2016 they participated in Daniel Fishkin’s ambitious series of concerts in Philadelphia, supported by The Pew Center, which posed the question “What is Tinnitus Music?”.  As an ensemble of the same instrument, more so than the string quartet or trio, they find themselves in the spiritual lineage of the viol consort. The group improvises, makes original work, and commissions new works from other artists, including a new quartet by the esteemed experimental composer Alvin Lucier. Future collaborations include the electronic music pioneer David Behrman.
Admission is FREE