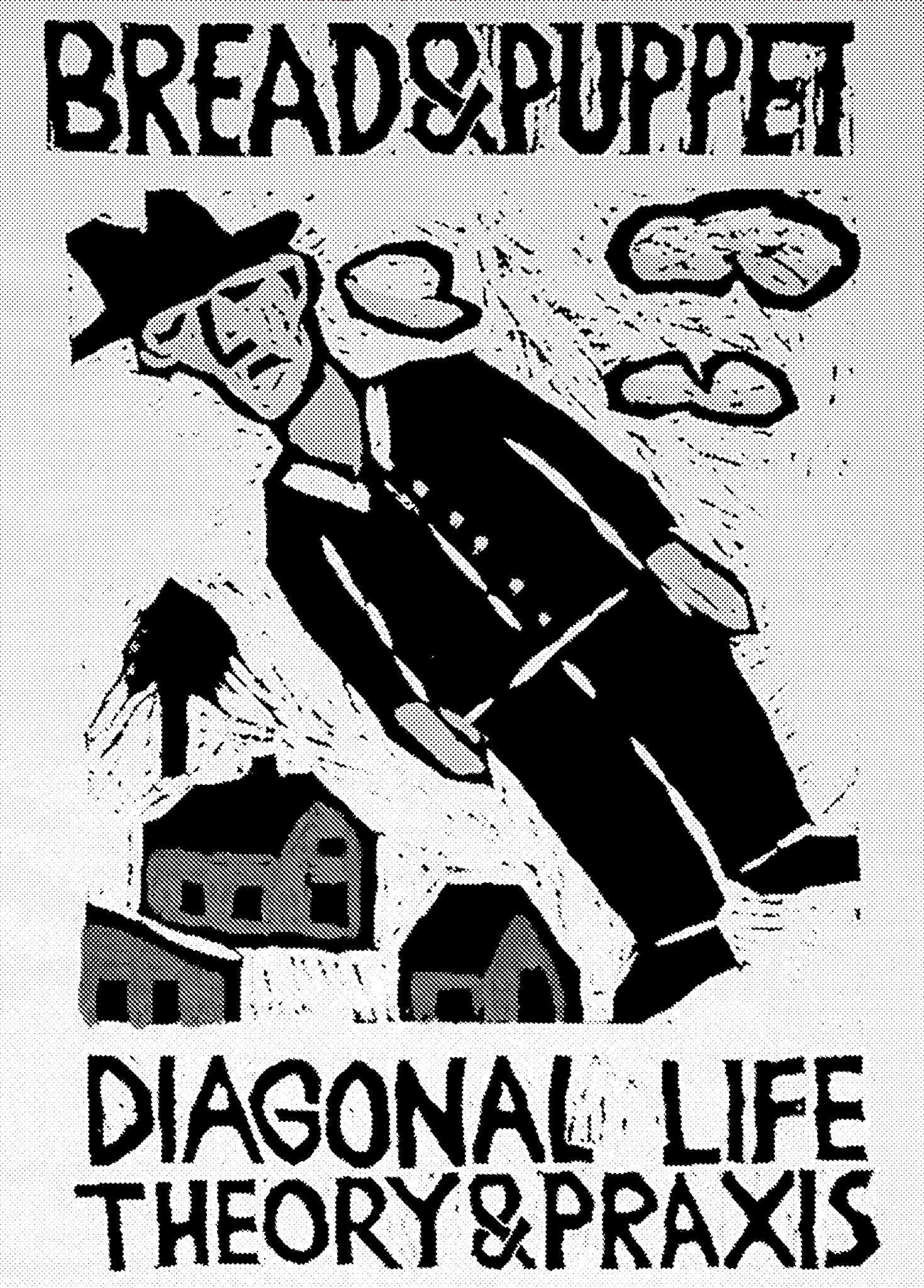 Vermont's Bread and Puppet Theatre returns to Philadelphia with DIAGONAL LIFE: THEORY & PRAXIS for 3 evenings and an afternoon at The Rotunda.

Four performances!
Thursday May 2 at 8pm
Friday May 3 at 8pm
Saturday May 4 at 8pm
Sunday May 5 at 3pm

We inhabitants of Western modernity are no strangers to verticality, from the architecture of our cities, to the "ladder(s) of success" we're expected to scale, to the incessant wakefulness required of us, postponing the horizontal pleasures of sleep. Bread and Puppet's "Diagonal Life" presents the diagonal as a promising mode for opposition to the dominating verticality of our civilization. Diagonal Life brings all the bewildering, beguiling, and downright funny possibilities and implications of diagonality to life with song, dance, magic, mechanism, and stunning cardboard and paper maché puppets painted in Peter Schumann's exuberant, slapdash expressionist style.

The Bread & Puppet Theater is an internationally celebrated company that champions a visually rich, street-theater brand of performance art filled with music, dance, politics and spectacularly huge puppets. Founded in 1963 by Peter Schumann on New York's Lower East Side, the theater has been based in rural Vermont since the early 70s. Schumann remains the theater’s artistic director, making puppets for and directing 10+ shows per year. Notable awards include the Erasmus Prize of Amsterdam, four Obies, the Puppeteers of America's President Award, and the Vermont Governor's Award.

Show runs 60 minutes and will be followed by the serving of bread and
aioli, plus cheap art from the Bread & Puppet Press. Tickets at the door are
$10–20 sliding scale ($5 for kids) with no one turned away.