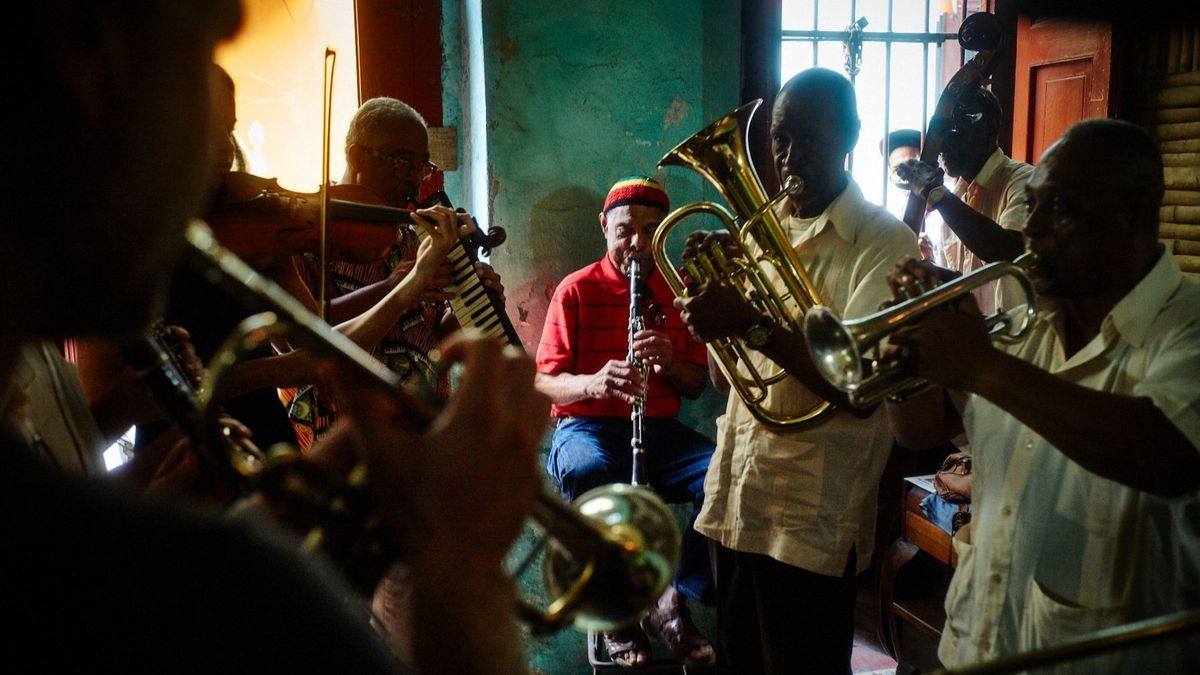 CinéSPEAK presents Tuba to Cuba (Philadelphia premiere)
Every 2nd Thursday of the month, you can catch a wide array of films at The Rotunda, curated by filmmakers + presenters from all around the city as part of The Bright Bulb Screening Series.

The leader of New Orleans’ famed Preservation Hall Jazz Band seeks to fulfill his late father's dream of retracing their musical roots to the shores of Cuba. Join the band as they traverse post-embargo Cuba in search of the indigenous music that gave birth to New Orleans jazz. Encounters with some of Cuba’s most iconic musicians leads to spontaneous and soulful collaborations.

A Tuba to Cuba celebrates the triumph of the human spirit expressed through the universal language of music and challenges us to dig deeper; to find that common ground we all have inside us, and there, resolve to build bridges, not walls.

--
ABOUT CINÉSPEAK:
We are a Philadelphia-based organization that engages diverse audiences through our independent, repertory + foreign film programming; creating space + centering the stories of individuals and communities that are often underrepresented in mainstream cinema.
We promote community togetherness + global understanding by engaging film enthusiasts while cultivating the next generation of discerning moviegoers; encouraging people to demand social justice both on-screen + throughout society.