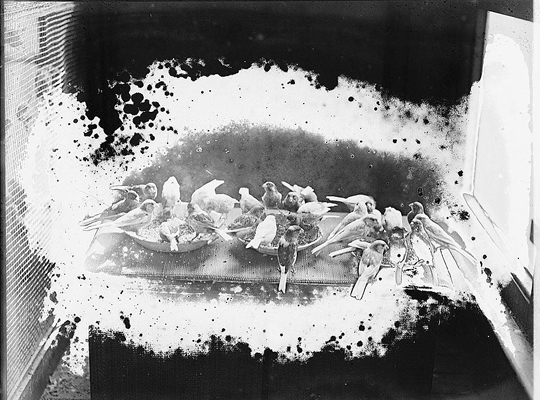 Ecstatic & Wingless is an audio documentary project on early 20th century birdsong and its direct relationship on human performance - and human action on birdsong. It tells the story not only of the first recordings of cagebirds but also the practice of bird-imitation, a field that produced amazing and eccentric celebrities during the 1910s-20s. Rarely heard in recent years, bird imitation was also recorded commercially on every continent by 1925 and possibly predates music or language in human history.

Music researcher Ian Nagoski has previously explored the porous boundaries of culture through 78rpm records of immigrants from collapsing European and Near Eastern empires as they arrived in the U.S. in early 20th century, and in the process, learned the stories of great, forgotten performers. With Ecstatic & Wingless, he has opened his exploration to the world of vaudevillians and bird-fanciers, of canaries, nightingales, finches, and the people who studied them, poeticized them, and tried to be them.