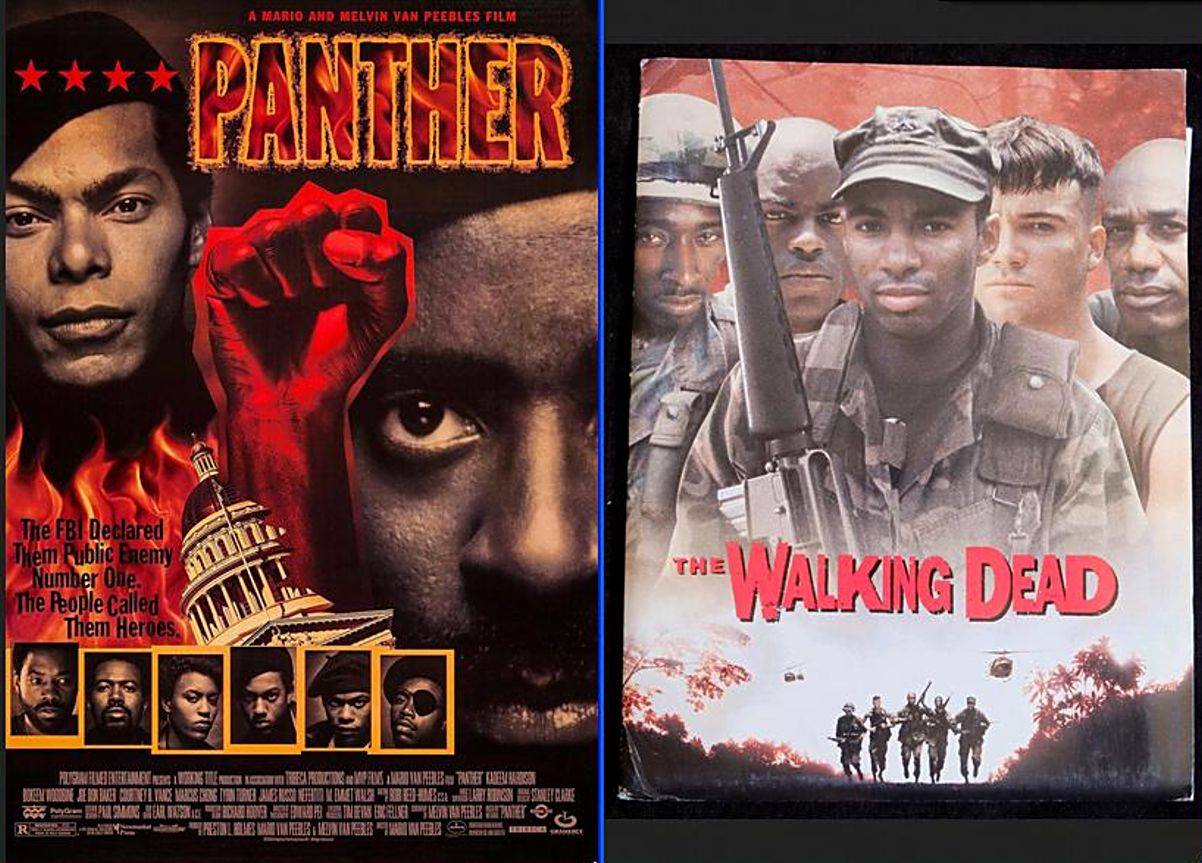 PANTHER (1995) Actor/director Mario Van Peebles followed up the successful New Jack City and Posse with PANTHER, a fictionalized history chronicling the far-reaching changes effected by the radical group the Black Panthers during the late 1960s. Marcus Chong and Courtney B. Vance starred as Huey Newton and Bobby Seale. Bokeem Woodbine, Chris Rock, Bobby Brown, Angela Bassett and Jennifer Lewis were among the dozens of supporting players. This would prove to be the last film directed by Van Peebles to receive major distribution. It briefly was available on DVD, but is now long out of print.

THE WALKING DEAD (1995) Preston A. Whitmore II made his writing/directing debut with the gritty Vietnam war film starring Allen Payne, Eddie Griffin and Joe Morton. four black Marines are sent on a doomed prisoner-of-war rescue mission. The four men are what's left of a platoon that's been decimated after landing behind enemy lines. In charge is Sergeant Barkley (Joe Morton), a no-nonsense, Bible-quoting preacher who is leading three privates to find a POW camp in an abandoned temple. Cole Evans (Allen Payne) is an intellectual who is highly political, racially proud, and a devoted family man. Joe Brooks (Vonte Sweet) is a cheerful, naïve, and brave young soldier. Hoover Branche (Eddie Griffin) is a dope-smoking, foul-mouthed rebel who hates the war and fights the sergeant constantly. They eventually are joined by a crazy, bloodthirsty white soldier, Pippins (Roger Floyd). To this date, it has not been released on DVD or Blu-Ray.