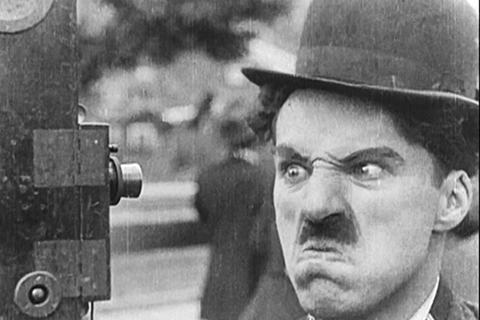 On Thursday, November 10, the Secret Cinema will present, for the second time, a special program of short films paying tribute to the National Film Registry (the last was in 2018).

In our current, divided political climate, the legislative branch of government often seems frozen, but in 1988 it managed to pass, of all things, laws mandating the establishment of "a National Film Registry to register films that are culturally, historically, or aesthetically significant." This unusual legislation was a side effect of public controversy over the colorizing of classic black and white Hollywood films, and the fear that future generations would not be able to see such works as they were originally created. In 1989 the first group of 25 titles was named to the Registry (including THE WIZARD OF OZ, NANOOK OF THE NORTH and STAR WARS). The National Film Registry today lists 825 films, including many obscure and "orphan works" -- not just features, but short films that encompass early cinema, documentaries, cartoons, newsreels, educational films and even home movies.

A quick look through the Secret Cinema archive shows that we hold prints of over 50 films from this list -- including one title (the locally made THE JUNGLE) whose inclusion was the result of our lobbying. Quite a few are feature-length, but since any of those would constitute a whole show, we'll instead focus on shorts for our NATIONAL FILM REGISTRY SHORT FILMS program, to show the variety of our film heritage that is honored in this important pantheon.

There will be one complete program, starting at 8:00 pm. Admission is free.

As always with Secret Cinema events, the films will be shown using real film (not video) projected on a giant screen.

Highlights of the NATIONAL FILM REGISTRY SHORT FILMS program are:

PEEGE (1972, Dir: Randall Kleiser) - Main Line-raised Randall Kleiser is best known for directing crowd-pleasing features like GREASE, THE BLUE LAGOON and HONEY, I SHRUNK THE KID. But the one-time housemate of fellow U.S.C. student George Lucas never made a film more artful, or touching, than PEEGE, a one-off project funded by the Directors Guild Foundation. It starred Bruce Davison (WILLARD), who had earlier run with Kleiser on the Radnor High School track team. PEEGE recreates an incident in the director's life, when he visited an ailing grandmother in a Pennsylvania nursing home. The film ultimately received wide distribution in the non-theatrical realm, and has been used for instruction in medical schools, hospitals and nursing homes. The cast also included such recognizable faces as William Schallert (THE PATTY DUKE SHOW) and Barry Livingston (MY THREE SONS). The title role of the grandmother was played by Jeanette Nolan, whose screen debut was as Lady Macbeth in Orson Welles' MACBETH (1948).

THE RIVER (1938, Dir: Pare Lorentz) - THE RIVER is an art film disguised as social advocacy disguised as a documentary. As with THE PLOW THAT BROKE THE PLAINS and VALLEY TOWN (entries seen earlier in our "Famous Films" series), THE RIVER documents not only its subject, but a fascinating, long-gone time when the federal government funded politically progressive and artistically avant-garde art. Lorentz made this project after the success of THE PLOW... to tell what he described to his bosses as "the biggest story in the world -- the Mississippi River." The subject encompassed several issues of importance to the FDR administration: flood control, soil and timber conservation, and rural electrification, and turned them into a powerful narrative via rhythmic and lyrical narration (read by baritone Thomas Chalmers), discordant music (by modernist composer Virgil Thomson), and striking photography (by, among others, Floyd Crosby). THE RIVER was, like THE PLOW..., a popular and box office success, but it had ruffled many feathers. Lorentz was slated to head a new agency established by presidential order, the U.S. Film Service, but before this project could get underway its budget was written out of existence by a hostile congress. Named to the National Film Registry in its second year.

KID AUTO RACES AT VENICE, CALIFORNIA (1914, Dir: Henry Lehrman) - A remarkable, historic film that qualifies as both documentary and constructed slapstick comedy. The film was completely improvised around a simple recurring gag: A newsreel crew covering a real-life contest of children's gravity-powered "soap box" cars is continually frustrated by a camera-hogging interloper. The troublemaker was Charlie Chaplin, in his second-released film appearance -- but the first to feature his "little tramp" characterization, in brush moustache, derby hat and baggy trousers. The costume was created for a film he'd shot earlier (MABEL'S STRANGE PREDICAMENT) that was ultimately released two days later. Thus the world was introduced to the screen persona that Chaplin was to inhabit (and enhance) for the next 26 years.

Plus DUCK AND COVER and THE HOUSE I LIVE IN.

Admission is FREE
Seating is limited.